Move over Runway Design and make way for Bravo's new series "The Fashion Show". You all know and have worn or taken off his designer underwear (I like the pirate booty in rhinestones). Now you can vote on Bravo TV for a new professional designer.

He'll certainly add to the show's eye-candy rating because, let's face it, Andrew Christian is a total stud and maybe we will get to see him in his underwear!

Go to Bravo TV and Vote
Posted by Paulie at 3:07 PM 0 comments 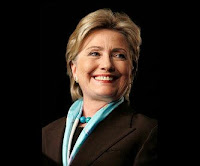 US Secretary of State Hillary Rodham Clinton will try to secure increased benefits and rights for gay diplomats and their partners.

Currently, the treatment of gays and their partners attached to the US' diplomatic missions is far worse than the rights afforded to married straight couples.

During her first Q&A meeting with State Department employees since taking up her new position two weeks ago, Clinton vowed she would look for ways to provide "training, benefits and protections" to gay partners who accompany their Foreign Service officer partners to their overseas posts.

Mrs. Clinton warned that there are legal limits to what she can do because gay marriage is not recognized by federal law.

"We are reviewing what would need to be changed -- what we can legally change. A lot of things we cannot legally change by a decision in the State Department," she said. "But let’s see what we can determine is within our realm of responsibility, and we are moving on that expeditiously."
Posted by Paulie at 3:06 PM 0 comments

A Boston software company owner is donating $100 million to establish a foundation funding research for vaccines against AIDS and other viral diseases.

The gift will establish the Phillip T. and Susan M. Ragon Institute Foundation, which will fund a collaboration between scientists, clinicians, and engineers from Massachusetts General Hospital, Harvard University, and the Massachusetts Institute of Technology.

"By providing flexible funding and by connecting science and engineering at MIT and Harvard with the research and clinical resources of MGH, we intend to empower many of the world's best researchers to focus on what they view as the most promising research," Ragon said in a statement.

Dr. Bruce Walker, a researcher at Massachusetts General and medical professor at Harvard, will lead the institute. The institute will initially focus on identifying effective immune response in a small group of people with HIV, according to Reuters.

Phillip Ragon is the founder and CEO of InterSystem Corporation. Susan Ragon is the vice president of finance, administration, and recruitment. The company provides record-keeping systems for hospitals and other health operations
Posted by Paulie at 3:05 PM 0 comments

All The News That Fits Paulie!

In Michelangelo Signorile's interview with New Life Church volunteer Grant Haas, who recently came forward to discuss his sexual experiences with Ted Haggard, talks about 'Ted Two.' Okay, not a freaky clone of the Haggster, but Ted's own member molded from his Willy. No word on whether he and his wife Gayle used a Clone-A-Willy kit to do the deed, but Hass alleges that Ted Two was used on Ted and Gayle both. Haas also discusses how Haggard came to be his "counselor" over his struggles with homosexuality. I have visions of Foghorn Leghorn taking care of the diminutive chicken hawk from the Loony Toons cartoons.
Posted by Evan at 8:53 AM 0 comments

Raging Stallion Studios has signed newcomer Bruno Bond to an exclusive contract for 2009. In addition to performing, Bond will serve as head of the studio's set-design department.

"He took me to the Raging Stallion Christmas party, and I really clicked with everyone there," he continued. "I felt like I was around a group of my close friends. I went back to Atlanta, closed down my business, sold off all of my stuff and moved to San Francisco a month later. It has been the best decision that I have ever made. Steve is the love of my life and my partner in crime. We are having a great adventure together."

"Bruno is a delightful man, and it is very nice to have another Southerner here in the studio," Chris Ward said. "Guys from down south have a charm that reminds me of my earlier years growing up down there. His looks are stunning - very, very Raging Stallion. We look forward to working with Bruno both behind and in front of the camera."
Posted by Paulie at 11:57 PM 0 comments

Anger is building against the police department in the wake of an increase in arrests of gay men for prostitution at adult video stores. Last week, City Council Speaker Christine Quinn joined in the outcry. She said she is working with the mayor's office and commanders of the police department to set up a meeting that will include gay community groups "to get to the bottom of this." (no pun intended)

Police are allegedly using handsome young undercover cops to cruise middle-aged gay men, offering to go home with them for consensual sex. As they leave the store together, the cop offers to pay the man for the sex, confusing the victims who can't imagine why the younger man would make such a proposal. Then, as they walk out of the store, the victim, despite never having agreed to any exchange of money, is surrounded by undercover cops, handcuffed and charged with prostitution.

Michael Spiegel, a veteran civil rights litigator, who won a landmark case in 2006 against the Port Authority police for targeting and falsely arresting gay men in Port Authority restrooms, is the process of identifying men caught up in the current sweep who are interested in fighting the charges. "Their civil rights have been violated," he said. 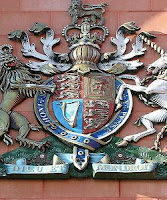 The Nassau Guardian reported that defense lawyer Dorsey McPhee told jurors his client was "defending his manhood. This man deserves to go home to be with his family. The death, we are saying, was justified.

The case is an example of the "gay panic defense," which allows a person charged with murder to claim that they were driven into a state of violent temporary insanity by a sexual advance from the victim.

The is one of fourteen which are under the sovereignty of the , but not considered part of the itself.

Everyone should think twice where they spend their “Gay Dollars “, that nervous eye twitch might get you killed if they think it’s a wink.

"We are investigating the cause, and working with engineers at Cox Communications to find out why this happened," Comcast’s corporate affairs manager Kellie Maslyn said in a statement.

Six weeks into an investigation by California’s Fair Political Practices Commission, the Church of Latter-Day Saints has admitted that it spent nearly $188,000 more on the campaign to approve Proposition 8 that it had initially stated.

The Mormon Church previously insisted that it spent only $2,078 to support the ban on same-sex marriage, something LGBT leaders said was implausible in light of a number of visits to California by high ranking church officials, ads allegedly produced with church funds and the large number of church staffers working on the campaign.

In November, Californians Against Hate filed a complaint with the Fair Political Practices Commission accusing the church of failing to report the value of work it did to support Prop 8.

In a new filing with the state, the church now admits that among other expenses were $96,849 for “compensated staff time” for church employees who worked on the campaign, $20,575 for the use of facilities and equipment at its Salt Lake City headquarters, $26,000 for audio-visual production and travel expenses for church leaders to go to California.

“This is exactly what we were talking about when we filed the suit,” Fred Karger of Californians Against Hate told the San Francisco Chronicle.

The Church put an estimated $25 million into the battle to end gay marriage in California.

If the Commission finds the Church broke state election laws it could be fined up to $5,000 per violation. The Commission also could file an additional civil lawsuit.

There have been protests at Mormon churches in California and Utah. In Utah, a number of churches were vandalized and hoax mailings containing a white powder were sent to Church leaders in Salt Lake City. No group has claimed responsibility, but some LDS officials have accused gays.
Posted by Paulie at 8:30 PM 0 comments