Yo, it's taken me three years to assemble the right cast so's I could make the third sequel in the Take 'Em Down series. Since Take Em Down #1 and #2 were my best-selling movies ever, I knew I had to be careful who I picked. My fans seen super-hung top Supreme get his tight asshole fucked twice, so now I had to find some cool new thugs to give it up to the Tiger!

I asked my fans on my blog to let me know who they wanted to see me bang out, and the majority voted for Atlanta top KB (pictured, with Tyson) and New York top Nubius. Both thugs had worked in previous movies for Pitbull but none of them had met me. It was agreed I'd fly into Atlanta to shoot with KB on his home turf. And that's when the fun began!

I took an early morning flight (like I had to get up at 5 a.m., which is normally when I go to sleep) from New York to Atlanta, then take their idea of the subway, the MARTA, to the shoot location. After five cups of coffee I was wired and ready to fuck. I walked in, went over to KB and gave him a big hug. He hugged me back and we both took a walk outside to discuss the upcoming scene. It was only then that KB discovered he was going to be the bottom and I was the top! Whoa. He was in shock. So the fuck was I! I had visions of flying all the way to Atlanta for nothing. Shit!

I watched the clock and worked my Tiger charm on KB to bottom for me. He was dying to fuck me and couldn't get his mind around being the bottom. Finally, in desperation, I told him that if he went first, we'd see about me bottoming later. With only three hours to go before my return flight to New York, I finally got that hot thug out of his clothes and sucking my dick. He's a good cocksucker.

Now Nubius was a whole other story. The big guy, he's 6'5" to my 5'7," put up a real fight when it came time to bottom for our scene. I actually had to wrestle him to the ground and strip him! Shit, he's 10 inches taller than I am and it took all my strength and moves to flip him underneath me. For a minute I thought he was actually going to win and fuck me! Thank God for my years studying martial arts. They saved my ass! Sometimes I feel like one of those snake charmers from India that you see on TV. They use a flute to play music to mesmerize a cobra as it comes up out of a basket. I use my attitude and voice and cock to do the same thing, seducing, taming and turning tops into bottoms.
Posted by Paulie at 5:53 PM 0 comments

President Bush Strikes a Blow to Equality One Last Time 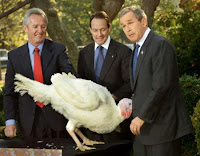 Just when you were thinking what else could Bush to ruin America, he gets in one last punch. Remember that "right of conscience" regulation? The one that would allow anyone working in the healthcare profession -- from doctors to nurses to the people that clean the tools to the hospital janitors -- to opt out of providing care to someone based on a moral opposition to a procedure? Well, it went through today.

Let's say your hospital, clinic or doctor receives federal funding, and you go there for an abortion or to be artificially inseminated. If the doctor on duty doesn't believe in abortion or lesbian parenting, he can refuse to do the procedure, and he won't get in trouble for it. If he's somehow forced to perform a procedure that's against his beliefs, the hospital, clinic or doctor's office can have its federal funding yanked right out from under it.

"Doctors and other health care providers should not be forced to choose between good professional standing and violating their conscience," Health and Human Services Secretary Mike Leavitt said in a statement.

The Obama administration will most likely reverse the rule, but it will take a while. The rule is supported by many Catholic groups and our friends at the Family Research Council. Oh, and the rule will cost more than $44 million to implement.

The wording of the rule is so broad that it could allow pharmacies to opt out of selling contraceptives.
Posted by Paulie at 5:51 PM 0 comments

I'm going to stock up on Pepsi Max for my next Party :)

Merry Kiss My Ass
Uploaded by cyriltel
Posted by TR at 2:11 PM 0 comments

Bollywood's boys bulk up & get a legion of Gay Fans 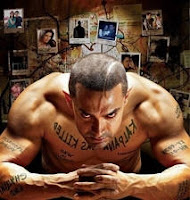 Bollywood's leading actors are hitting the gym as never before, adding brawn and biceps to their on-screen repertoires and winning a legion of new fans in the process -- including other men.

The latest weight-training convert is Aamir Khan, who enlisted the help of physical trainer Satyajit Chourasia two years ago to get in shape for the film "Ghajini", which is released on December 25.

His daily four-hour regime appears to have paid off. Giant advertising hoardings show a shaven-headed Khan, who plays a man with memory loss who tattoos himself and takes Polaroid pictures to remember people and places, stripped to the waist, exposing a finely-ripped torso.

Historically, the muscle-bound macho hero has never been in vogue in Bollywood.

Instead, leading men were as likely to be measured by the manly thickness of their chest hair or how they carried a tune or moved in the set-piece song and dance routines. Wow, who knew that I would be considered "butch" by singing and dancing in Bollywood!
Posted by Paulie at 12:39 AM 0 comments

Artists' models in Paris stripped naked on Monday, braving freezing temperatures to protest against a ban on tips and to demand better pay and recognition. More than 20 male and female models, some posing nude while others were draped in a colourful array of shawls, sheets and fur coats, took part in the protest that had the backing of two of France's biggest labour unions.
Posted by Paulie at 12:34 AM 0 comments

Anti-Gay Crime Up In America For 2008

A rash of attacks against lesbian, gay, bisexual and transgender people across America suggests the number of reported assaults could rise in 2008, an advocacy group said.

The number of reported attacks against LGBT people increased 24 percent in 2007 over 2006, and they were expected to jump in 2008, said Sharon Stapel, executive director of the New York City Anti-Violence Project.

Officials were still crunching the 2008 figures, which will be released early next year, Stapel said.

Since the February fatal shooting of Lawrence King, a 15-year-old Los Angeles boy who endured harassment after telling classmates he was gay, "we are witnessing what appears to be an increase in both the occurrence and severity of violence motivated by racism, homophobia, and transphobia," said Stapel.

Stapel attributed the increase in part to more people reporting incidents, but she believed there actually could have been more assaults because 2008 was an election year.

"Election years are always violent years for us because of wedge issues," Stapel said, referring to ballot measures this year banning gay marriage in California and Florida. "With increased visibility comes increased vulnerability to LGBT stereotypes and violence. We've seen some of the most violent hate crimes that we've seen in a while."
Posted by Paulie at 12:30 AM 0 comments