You might remember that Doug Manchester, chairman of Manchester Financial Group and owner of the Manchester Grand Hyatt in San Diego and the San Diego Marriott Hotel & Marina, among other properties, donated $125,000 to support Prop.

Now in an effort to make nice with the gays and to get that valuable "Pink Dollar" he has announced that he will donate $25K in support of LGBT causes and an additional $100K in hotel credits. He has also retained a "crisis management" publicist that is openly gay. (Like that's supposed to make you feel better)

The Publicist told The Advocate on Friday that "Mr. Manchester’s beliefs were clearly misconstrued. He did give $125,000 to Yes on 8 and he is opposed to the concept of religious gay marriage. However, he is in no way homophobic and is 100% in favor of gay people having every legal right that straight people have. This is an attempt to clarify his position."

However like myself this effort has not impressed Fred Karger, the head of Californians Against Hate.

"It’s an insult to the gay and lesbian community and our labor allies that he is attempting after 10 months to go around us and buy his way out of this boycott," he said. Karger settled two of the four boycotts he began against companies in the wake of Proposition 8. High-end juicemakers Bolthouse Farms settled after five weeks of negotiations, and now according to Karger they have changed their company policy and have since given $110,000 to various organizations. 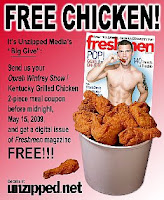 KFC might not honor Free Grilled Chicken coupons that Oprah handed out but Freshmen Magizine will. If you scan and send in your coupon and send it to chicken@unzippedmedia.com by 11:59 pm on Friday May 15th (or mail a hard copy to Unzipped Media, P.O. Box 4356, Los Angeles, CA 90078-4356) you will get free download of Freshmen.

From Unzipped “Well, if you're feeling fucked by KFC, why not let us fuck you in a much more fulfilling way? Find out how to receive your very own FREE piece of Unzipped”

Not only a good deal but will leave a better taste in your mouth too!
Posted by Paulie at 9:28 PM 0 comments 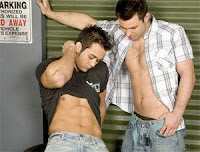 According to the school's student handbook, "Premarital sex, heterosexual or homosexual, or any other such conduct that violates historical Christian standards" is subject to disciplinary action. DeSalvo was charged with three sanctions, according to an official letter he received: sexual misconduct, participating in a public display of pornography, and having been engaged in conduct that is contrary to the mission and values of Grove City College and likely to bring dishonor to the college and acting in a way inconsistent with college values.

DeSalvo said he was disappointed by the school's reaction, adding that he was "not going down without a fight," and added that the response from his peers upset him even more. The majority of students were hostile toward him once the news broke, he said.

"I received about 150 hate mails from students, which surprised me," he said. "Students were the first ones to condemn and judge me, and I was really saddened by their response.

Way back in 1997, a front-page story in the Los Angeles Times chronicled a scintillating Internet phenomenon involving the Anaheim theme park’s Splash Mountain log ride: Photos of women flashing their breasts at an automatic camera that snapped souvenir photographs during the final 50-foot drop were “unzip-a-dee-doo-dahing” their way around cyberspace, earning the ride the dubious nickname “Flash Mountain.” Disney had to put a full time position of “Photo Screener” to review all photos and take off any offending ones (and any real ugly families).

Thanks to recession they got rid of the “Photo Screener” position so now women and let’s hope some hot hung men can flash away. “In evaluating the ride photo moderation role and process, we have determined that actual inappropriate behaviors by guests are rare,” Disneyland spokesperson Betsy Sanchez said in a written statement. “Ride photos will continue to be monitored by cast members at the point of sale. In addition, the current screening system will remain intact to provide the option for management to initiate image monitoring if necessary.”
Posted by Paulie at 6:27 PM 0 comments

“The decision was difficult,” admitted Clarke, StickyPen’s administrator. “All of the submissions were great reads, but someone had to be the winner and I think bardnc’s story deserves top honors.

“This was our first contest, and it was a complete success,” Clarke added. “I want to thank everyone who wrote, read or voted on the contest stories. Without them, it wouldn’t have been possible.”

To read all the entries in the contest, visit StickyPen.com.
Posted by Paulie at 6:18 PM 0 comments 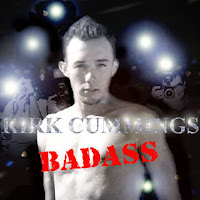 Cumming’s can be seen in his latest video from Chi Chi LaRues “Fuckin Around”
Posted by Paulie at 6:10 PM 0 comments 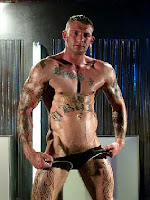 Raging Stallion Exclusive muscle, tattooed stud Ricky Sinz just became a daddy (with a woman). Ricky who identifies himself as a bisexual, has both a girlfriend and a boyfriend is one of the highest grossing adult entertainment star and is Raging Stallion Man of the year for 2009. You can see Sinz in his latest from Raging Stallion “Ink Stain” Now that’s one daddy I would love to have.!
Posted by Paulie at 6:09 PM 0 comments 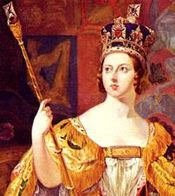 The Queen was only a few yards away when a Sergeant Footman caught out Wilson, who is in his early 30s, and he was reported to the Queen's Palace Steward and an official complaint was lodged.

The website CruisingForSex.com has mounted a campaign to make gay and bisexual men more aware of the legal pitfalls of semi-public sex during the month when television news frequently focuses on that topic.

During “Cruiser Beware Month,” CruisingForSex.com will employ a combination of online tools, including Twitter, to help users remain on guard and stay out of jail.

"May is not only the time of year when the weather heats up and more guys head to the bushes for action, it is also a major 'Sweeps Month' for local television," said Keith Griffith, who started the website 12 years ago. "Sweeps is the time local media often finds itself in bed with the cops to carry out sting operations of men cruising for sex.”

“Just last week we got a report from a Bakersfield, Calif., location where one customer saw not just cop cars and a cop van parked outside, but also a news van for a local television station. I’m sure it was a joint sting in which the media gets to film and photograph those men cops arrest. In fact, I would not be surprised to learn a reporter instigated the whole thing, asking the police to come along so they could get some good footage.

“Media started noticing our website back in 1998, and every year it has become almost like a ritual to target cruising during sweeps month,” Griffith added. “Local TV needs ratings, and men who want to have consensual sex with one another end up paying for their profit gain.”

CruisingForSex.com keeps tabs on public sex venues with a database of hookup spots around the world.
Posted by Paulie at 11:24 PM 0 comments 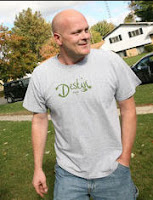 All I can say is What an Asshole Bigot he is. This unlicensed plumber and now his only source of income his .99 cents a minute call line where you tell him what you think of the IRS.

In an interview in Christianity Today "People don’t understand the dictionary—it’s called queer. Queer means strange and unusual. It’s not like a slur, like you would call a white person a honky or something like that. You know, God is pretty explicit in what we’re supposed to do—what man and woman are for. Now, at the same time, we’re supposed to love everybody and accept people, and preach against the sins. I’ve had some friends that are actually homosexual. And, I mean, they know where I stand, and they know that I wouldn’t have them anywhere near my children."

I can't imagine that he has any friends, guess they must be his crazy imaginary ones... like his ideas.
Posted by Paulie at 11:24 PM 0 comments

Fifteen students protested outside a Frankfort, Ky., high school on Friday after an official allegedly sent a notification to teachers advising them to bar gay students from leaving class to use the restroom.

The reported e-mail was sent by Franklin County High School assistant principal Karen Buzard after two female students were reportedly seen kissing in a bathroom, according to the Kentucky Equality Federation.

A statement on the school's website says that students have not been singled out, but the directive was "that certain students should not be allowed to leave the classroom during class because they had been in violation of school rules. All students have time between classes to use the facilities."

Protesters waved rainbow flags and signs that read, "Honk if you're gay" and "We have a right to pee," the State-Journal reports.
Posted by Paulie at 12:35 AM 0 comments

Titan Media Joe Gage Gets his Own Label

All-male studio Titan Media has extended its long-standing production pact with writer-director Joe Gage. The expanded deal allows Gage to continue his storied run with the gay adult powerhouse while also producing and directing for his own label.
"The people at Titan and the wide range of resources they have made available to me over the years have afforded me opportunities to expand my creative horizons more than I would have thought possible," Gage said.

"I'm looking forward to this next step in our shared adventure."

Gage has helmed nearly two-dozen blue movies since signing his first production pact with the studio in 2005. Those titles include "Arcade on Route 9," "Gunnery Sgt. McCool," "The Road to Redneck Hollow," "Alabama Takedown" and the "Men's Room" trilogy.

"I am very pleased that Joe has committed to furthering our existing partnership and friendship. Joe is a true moviemaker and we are committed to giving him the creative freedom to make movies the way he wants to make them," said Titan CEO Bruce Cam.

"There is nobody in our industry who can tell a story and make a move better than Joe Gage. We are honored that he has chosen to stay with Titan Media."
Posted by Paulie at 12:23 AM 0 comments