"A Large Penis is always Good Luck"
Posted by Paulie at 2:02 PM 0 comments

Jonny Mcgovern The Gay Pimp Celebrates with a "Dick Sling"

Both funny and Hot!
Posted by Paulie at 3:17 PM 0 comments

Turns out the movie had a lot more gay sex action than we ever saw, largely because the Motion Picture Assn. of America (MPAA) forced Friedkin to cut about 40 minutes of it in order to change the movie's rating from X to R—and now actor/writer/director James Franco has teamed with gay art-porn director Travis Mathews to recreate that lost footage.

Franco wanted to update [Cruising], but he couldn't get the right," reported. Bryce J. Renninger for Vulture.com. "As Mathews' gay art porn/drama I Want Your Love was getting press attention, Franco's people emailed Mathews to ask him to talk about the film. Within 24 hours, they were talking."

"He knew he wanted real gay sex in it," [Mathews] said. "His people went looking for a filmmaker who had filmed real gay sex, and I suspect someone who would complement his vision. We talked about why we would be interested in still looking at this film. We talked about his interest in the film and his interest more broadly in so many gay-themed stories and visionaries. He's worked with so many in front of and behind the cameras over the years."

In the Vulture article, Mathews noted that Friedkin had wanted to release a 30th anniversary edition of the film with the cut footage restored, but Warner Bros. told him that the excised material had been destroyed, and Mathews speculated, "It's possible those 40 minutes implicate Pacino's character in the gay S&M culture. That was the place we started from as a launching point: James Franco's version of those lost 40 minutes. ...  If you forget about [Cruising's] whole murder mystery backstory and you just look at the bar scenes, I think it's quite an insightful, important document of an important subculture, right before AIDS hits,

The boys are back and hotter then ever in Back in Africa 3. In this third chapter of Bel Ami's popular Back in Africa series, our heroes continue their studies and uninhibited sexual adventures…

Welcome to the Real Pump n Dump of Los Angeles, the newest grouping of shockingly raw, completely anonymous, real-life sexperiences from Raw Fuck Club. You get an uninhibited view into the dark minds of insatibly hungry bottom sluts, waiting eagerly with their holes wide open begging to be seeded. 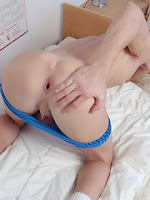 While a trip to the spa can cost upwards of $400, now you can do it, in to privacy of you home for a fraction of the cost. Now make you next Profile Pic, Bright,  renewed and and make those cocks, knocking at your back door.
Posted by Paulie at 5:13 PM 0 comments 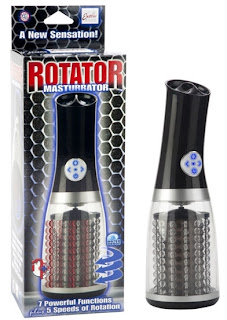 This twink Loves his new Rotator Masturbator Ultimate Male Orgasam and says he plays with it almost every day. Check him out in action Part 2 and if you have a toy  you love, send us a film clip to share. 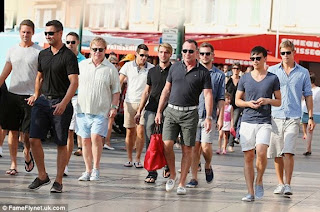 Guess the hot boys from Bel Ami, wont have to worry getting stranded from this cruise like they did with the Atlantis Gay Cruise.

This week Sir Elton John has had the A list of Gay with him in St. Tropez, like Neil Patric Harris and David Burtka and now the huge, hung Bel Ami Boys.

Check out Dolph Lambert (far right in the photo) in action. Damn that Elton is one lucky dude.

RIP Phyllis Diller - (I Can't Get No) Satisfaction

This is another very odd, but giggle worth video from Next Media Animation. I love that Anderson Cooper is watching CNN with a mud mask and a towel around his head.


This week the boys have a lot of news to catch up with including the news about new male price is right models, Chick-Fil-a fucking with American Idol and an Aussie Gymnast comes out as HIV+. They answer your questions if you should kiss your straight male friends (David thinks you should shake their cocks) and answer all your email and facebook comments. Paulie loves the Kristen Bjorn Casting Couch Vol 7 and gives it 4.5 stars. So much bang for you buck, you will be shooting for days after watching this, 21 of the hottest men from all over the world. David reviews the Blow Job Helper "Good Head" for the guy who wants a little help in the oral department. If you love to give head, but think the "job" is too big or too long, this one is for you. The boys hope your August is hot and you .. Stay Hard!

When Life Hands You Lemons, Make Lemonade from your Ass