Black Spark Film will soon begin a tour across North America "We’ll be filming, meeting fans of the work, and showing new films along the way.We would love to meet you so be sure to stop by our Fan Page to let us know where you are.We’ll also be looking for participants along the way so check out our GUIDE for ways you can be a part of the project.

Is Jersey Shore "Situation" In the Closet?

That is what is co-star Angelina thinks in an interview with a radio show. "I didn't have sex with him but to be honest with you, to get a girl riled up to the point where you want to have sex, he doesn't even know how to do that. I honestly feel like he's in the closet right now, he doesn't want to come out...He's lame, he's not all that. Ladies, he's not all that...He doesn't even know what he's doing. He's like a dead fish. He just sits there...You never know these days. More power to him if he's gay."

She also called Snooki fat and a drunk.

Mike "The Situation" Sorrentino has previously dismissed rumors he's gay, and though he was reportedly caught off guard by appearing on the cover of The Village Voice's Queer Issue in 2010, he said he was happy to do it for his gay fan base.
Posted by Paulie at 8:00 PM 0 comments

Bel Ami's More Than You Can Handle Trailer

In celebration of its two year anniversary producing weekly 3D and 2D adult content, Dominic Ford is pulling out all the stops. Throughout the month of April, the company will be celebrating its anniversary with sales, contests and give-aways. Some sales will be announced on DominicFord.com and some exclusively through Ford's Twitter (@DominicFord) and newsletter (sign up on the site).

Ford is also using the occasion to announce his first exclusive model, Bryce Evans, who will be featured in a series of ad campaigns, each revealing more about him. During April, Evans also will be featured in special "bonus" mid-week updates, letting users get to know him a little bit at a time. Bryce's hardcore scenes will follow in the months to come.

"We are very excited to be celebrating our 2-year anniversary as the only gay adult company producing 3D material,” said Ford. “We have over 100 scenes in Full HD 3D (compatible with 3D TVs and normal displays) as well as in 2D. Even more thrilling is our first exclusive model. Bryce has never been seen on film before, is completely new the industry and is the total package. I can't wait to share him with the world."

Following a stirring rendition of her song "Ding Dong" transgender singer Dana International has been selected by Israel to compete at the Eurovision final in Germany this May, reports Time magazine.

Born Yaron Cohen, Dana previously entered the Eurovision competition in 1998 with a song titled "Diva" that suggested struggles faced by the transgender community would ultimately make it stronger. According to Time, "Orthodox Jews were aghast when she first won the right to compete for Israel in 1998...European voters were moved by her performance at the Eurovision final and crowned her the winner."

“My victory proves God is on my side,” Time quotes her saying afterward. “I want to send my critics a message of forgiveness … I am part of the Jewish nation.” The single "Diva” would eventually sell more than 400,000 copies worldwide and make the Top 10 in five European countries.

The Eurovision final will take place in Düsseldorf, Germany in May.

BioWare's Dragon Age 2 was released this week, the original included a option for gay relationship with elf Zevran and a trip to an all male whorehouse with half naked creatures. Dragon Age 2 doesn't disappoint gay gamers with a continuation of gay inclusiveness characters. Check out Anders who has "ached for years to be with you".

In his letter Hirsch calls Sheen the "ultimate connoisseur of adult films" and that he could pick the scenes, scenarios and even choose the talent. He also asked him to bring along his "Goddesses" who could function as PAs or "better yet, jump in the scene with the other girls."

The Vivid boss noted that based on Sheen's infamous publicity, sales of the movie would be outrageous.
Posted by Paulie at 2:04 PM 0 comments

The Sydney Gay & Lesbian Mardi Gras is an annual gay pride parade and festival for the LGBT community in Sydney, Australia, and is the largest such event in the world. 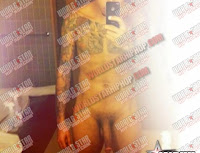 You have to wonder if that's the big stick he beat Rihanna with. The Singer took the full-frontal shot of himself with his cell phone. It leaked online on Friday night (March 4th).

Following the leak, Brown tweeted, “Another day!! Another lesson! Another party!! I'm so thankful to have the support of my fans with my music! Love.” He didn’t specify who the picture was meant for. 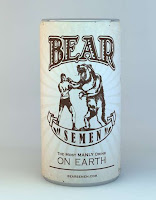 Now a new Energy drink that says it's "The Manliest Drink on Earth! Gain the strength of 10 gorillas". From the Press Release " I, Baron Victor Von Balls, have successfully obtained that most Manly of drinks: Bear Semen. Even now the energy drinks market is being penetrated and flooded with Bear Semen." All that and only 9.99 GBP for a six pack. I don't know about you, but the last time I had some Bear Semen, I had to get the hair out between my teeth.
Posted by Paulie at 7:53 PM 0 comments