Firefighters 2010 Calendar Will Heat you UP

After you see these guys you will want to start a fire. Even better than hot guys is that all the proceeds of the Calendar go to New Yorks Burn Center.

I WANT MY GAY T-SHIRT! 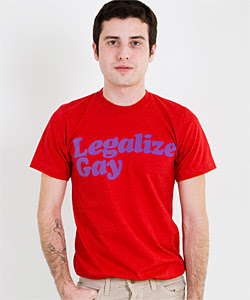 So maybe it was horrible that American Apparel's window was smashed over a display of its "Legalize Gay" T-shirts, but if there's a chance I might get some gay swag out of it, then maybe there's a silver lining.

This week, vandals targeted a couple of local, to the DC area, American Apparel stores, where on Monday, a window at the Silver Spring location was shattered and later an anonymous caller informed the Georgetown location that as long as “Legalize Gay” is on display, the storefronts can expect more broken glass.

At one point, the Silver Spring store was going to temporarily remove the anti-Prop-8 clothing from its window display. However, company spokesperson Ryan Holiday told the City Paper that “Legalize Gay” was there to stay. “The store employee misspoke about taking the display down,” wrote Holiday. “[T]hose decisions get made in Los Angeles and we wouldn’t want to give into something like this.”

In a statement, American Apparel’s Jonny Makeup made clear that the two local incidents would only strengthen its marriage equality efforts in D.C. The company will “continue to run Legalize Gay advertisements in papers across DC-Metro area,” wrote Makeup. Some Washingtonians may even get some free stuff out of the deal: “We’ll also send Legalize Gay t-shirts to any group in Washington DC that is fighting for gay rights.”

Drag Queen Hedda Lettuce Gets Down with Botox Face

One of the funnest covers I have ever heard. 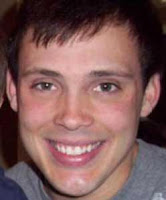 The parents of a US student who is thought to be in 'ex-gay' therapy have threatened legal action over a website set up to find him, his boyfriend has said.

Bryce Faulkner, 23, is believed to be at an Exodus International ministry in Florida after his parents discovered he was gay.

His friends have said he had no choice as his parents took away his phone, his car and his money.

His boyfriend Trarvis Swanson, 24, and gay rights activist Reverend Brett Harris have set up a website urging people to help find him.

Swanson says "Bryce’s parents both called me and left messages threatening lawsuits and have contacted Rev Harris saying the same thing. They said they want [the website] removed immediately.

"They have been informed that the only way that will happen is if Bryce tells me face to face alone that he wants it down. Mrs Faulkner assures us that will never happen. We told her in that case the site and movement will continue forward stronger than ever.

Exodus International has six ministries and 16 churches in Florida. Swanson believes Faulkner may be at one in Pensacola.

The church movement promises "freedom from homosexuality through the power of Jesus Christ".
Posted by Paulie at 2:47 AM 0 comments

French ad for condom manufacturer Durex shows two policemen about to get it on to the sound of ABBA.

The ad shows a floating condom wrapper flying through the air and inspiring couples (and indeed groups) to indulge in a bit of safe sex.

It ends with the wrapper falling onto a police car and shows an intimate moment being shared between two cops before the inevitable.

The Ad closes with the line: "Les préservatifs qui donnent envie", which translates as "Condoms that give you desire".

iBut Chair, when you really need to see your Ass

Japanese interactive designer Tomomi Sayuda has come up with a new twist to an old idea. Almost everyone has jump up on a copier and got an ass shot, now you can do it in the comfort of a chair. *Check out the lady who sniffs the copy, is she checking to see if it smells like her ass?*

New performer Matan Shalev has been signed to a five year exclusive contract by Lucas Entertainment and will be featured in "Men of Israel".

Shalev was born in the Israeli agricultural sub-community of kibbutz Lotan, located in the Negev Desert north of Eilat. His father is a farmer and butcher; his mother a dairy maid. His only sibling, a younger sister, is a bakery chef.

Shalev comes by his physique naturally: At the age of 15, he began working on the family farm. He also flexed his muscles as a track engineer. In addition, he holds a brown belt in karate.

“His physique is incredible, and he carries such passion for his scenes,” Men of Israel videographer and co-director mr. Pam said. “You can tell Matan truly loves what he is doing, and his enthusiasm and lust make it that much more sexy.”

Shortly after his recent arrival in the U.S., Shalev joined the cast of two additional Lucas movies: Feet Extreme and Revenge, which is in production now.

“I had an amazing experience filming Men of Israel,” he said. “I am so happy to be here now continuing to work with Lucas Entertainment. They have really become a family to me. And New York? Wow. I can’t get enough.”
Posted by Paulie at 12:16 AM 0 comments

This is defently Music to Fuck To - Alex Kapranos, the Scottish band’s dapper front man, said the song was written about a “debauched” night the Franz four spent in a Glasgow club, which resulted in two friends getting together “in a very sexy way.”

Jet Set Exclusive Adam Campbell gives up his ass for Jet Set Men's "Tackle" due out this Sept.

From Jet Set "Ever since he made a huge impression in his first Jet Set movie, 5 EASY WAYS TO FUCK A STRAIGHT GUY, fans have been writing in saying, "Please get someone to fuck Adam Campbell! And soon!" We heard the requests loud and clear and just wait till you see who is the lucky stud that gets to plow his A&F ass! "
Posted by Paulie at 12:00 AM 0 comments 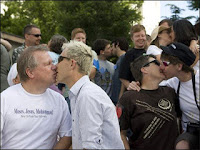 It wasn't that long ago when the Mormon Church said that they wanted to play nice with the gays after it was found out that they funded over 75% of the hateful lies of prop 8 but looks like they forgot about that.

For the second consecutive weekend, about 100 people gathered to stage a "kiss-in" to protest the treatment of two gay men cited for trespassing, handcuffed and pinned down July 9 after they shared a kiss on the plaza owned by The Church of Jesus Christ of Latter-day Saints. Both gay and straight couples exchanged kisses during the protest.

Demonstrators were greeted at the south entrance by a group of protesters carrying large signs that denounced homosexuality, prompting a heated verbal exchange. So much for "Love thy Neighbor".
Posted by Paulie at 11:55 PM 0 comments