Naught Cities App gets Pulled in less than a week

Only a week after receiving approval, Apple has yanked the Naughty Cities app from the iTunes store. Naughty Cities' free app — developed by Naughty Labs — provides listings for adult categories by city, which currently includes London and New York, and includes geo-targeted advertising.

The Apple inclusion was heralded as a coup as only a handful of adult apps have cracked iTunes including OhMiBod Remote, a personal massager interface and some other tamer sexual position and game apps.

According to a Naughty Cities post, Apple said in a phone call that it pulled the app because it had received complaints regarding the (adult) concept. "Unfortunately we can't get any serious results after five days that we were on the market," Naughty Cities said.

The cover is for the movie “Scenes from the VIP Room Volume 2.” “There’s nothing illegal about defacing a Bible, but I’m sure it’s going to push some people’s buttons,” director Mark Kliem said. “I am reminding people in a creative way that it’s just a book.” 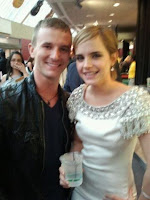 Confiscated Marilyn Monroe Sex Tape to be Auctioned Off

The current film “will be the highlight of the first Buenos Aires Film Collecting Fair,” which takes place Aug. 6-7 at the Borges Cultural Centre. Event producer Mikal Barsa, who also sold the other copy in 2001 to a private collector for $1.2 million, said he expects this copy to go for more than double the asking price.

The previous Monroe sex tape—a 15-minute silent believed to have been shot during the '50s showing Monroe performing oral sex on an unidentified man was reportedly confiscated by J. Edgar Hoover during the mid 60s in an effort to implicate John F. Kennedy and/or Robert F. Kennedy—sold for $1.5 million in 2008 to a New York businessman.
Posted by Paulie at 4:04 PM 0 comments 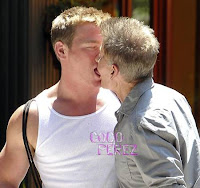 It's Going to Hurt 3 Ways Trailer

Suck Dick / Save the World 2

If the trailer does does not appear click Here

Riley Price Gets some Air Time with U2s Lip Sync