Interview with rentboy Steven Ponce from arthusetnico on Vimeo. 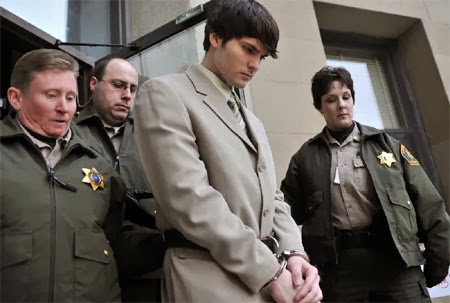 This week Cuadra is seeking a new trial in Pennsylvania, arguing that his attorneys weren't effective and claiming his co-defendant committed the murder. The (Wilkes-Barre) Times Leader said Cuadra's former attorneys testified Friday in Luzerne County Court that they made his case a priority and spent much time and effort preparing for trial. The attorneys also said Cuadra withheld information from them.


The boys are back for a New Year and tell you all about the Jizzy adventures they had over the Month. They discuss the Utah Marriage debacle, the man with 2 dicks and Clay Aiken considering a Run for Congress. Next week Paulie will be reviewing Raging Stallion's Open Road Part 1 and 2. Make sure to stay warm and Hard!