Delivering a tantalizing peek at the sumptuous Broadway Bares season, ten men and drag queen Kizha Carr raised $16,140 by baring almost all before a capacity crowd at the 2014 edition of Broadway Bares: Solo Strips on Sunday, May 11, 2014, at BPM Nightclub in NYC.
Posted by Gay P Talk at 4:49 PM 0 comments

Mark E. Miller and his boyfriend Ethan Hethcote are the new Guinness World Record holders for most selfies taken in an hour.

The couple teamed up with #MissionSmile to share more smile-worthy deeds on social media. They took a total of 355 selfies in an hour.
Posted by Gay P Talk at 12:47 PM 0 comments

If you're in the mood to check out a hot guy in underwear washing a car and lip syncing to Beyonce, this is the video for you.

The seriously sexy Bryan Hawn shows some flesh and gets wet and wild in Pretty Hurts.

The clip is currently going viral and is appearing on lots of gay blogs. We can totally see why!
Posted by Gay P Talk at 2:07 PM 0 comments

A World Where Gay Is The Norm

A World Where Homosexual-Gay The Norm & Heterosexual-Straight The Minority = 666 from Ricky Ray on Vimeo.

Austria's Conchita Wurst has won the 2014 Eurovision contest in Copenhagen.

"This night is dedicated to everyone who believes in a future of peace and freedom," Conchita told the crowd after her win.

Dubbed as "the bearded lady" by many, Conchita was the favourite to take out the title.

Her win caused controversy in Russia, where anti-gay MP Vladmir Zhirinovsky labelling the result as "the end of Europe." 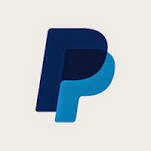 While PayPal has for years barred people, as well as Sex Store websites, from facilitating transactions involving “certain sexually oriented materials or services," the online money service has been receiving similar criticism as Chase's for their choke hold on accounts.


Adult performer Teal Conrad, for instance, had her accounts yanked after PayPal claimed that she violated the site’s acceptable use policy, in regards to her webcam shows.


Conrad said that a PayPal customer service representative told her funds in one account would be frozen for three to six months after her accounts’ closure.


Reign says that she personally knows of others who have recently had their PayPal accounts closed, including Bonnie Rotten, Spencer Scott, "and I'm sure tons more."


"PayPal is not in charge of being the morality police," Reign said. "They are outright discriminating against legal sex workers. This matters to everyone. What's next, viewers of pornography cannot use PayPal services? This needs to be taken to court."


Chase and PayPal haven't released their side of the story, but one executive of a leading online adult processing company said there is one factor guiding their decisions to cut adult entertainers — their reputations.


"The real issue, in my opinion, is that the adult industry has associated with it, reputation risk," Melody L of L3 Payments. "No bank really wants to be associated with the adult industry. No regulator wants a bank in their portfolio to be involved in anything that could be risky for any number of reasons. Financial, reputation, systemic, operation and legal are the risks that the bank has to consider."