Ricky Sinz Big Cock in 3D will make you drool

"I was so excited when I first heard about DomincFord,com, and when I saw their 3D videos I was floored," Sinz said. "You really need to see it to believe it. Their videos are hot to begin with, and because they are in 3D, it seems like you are sitting right next to the actors. Choosing to work with Dominic was a no-brainer. His 3D technology is the future of this industry, and I am glad to be part of it. It's really the next best thing to being there."

Ford replies "The minute we heard Ricky was interested in working with us, we were ecstatic," he said. "He's a lifetime exclusive with Raging Stallion, so we never thought it would be possible. We are very fortunate that he is allowed to do solos, and that he chose to work with DominicFord.com. Seeing him in 3D will be a real treat to all his fans. Ricky is great to work with, and when you see how well he performs, it's obvious why he is one of the hottest adult stars working in the industry. This was a real treat for us."
Posted by Paulie at 5:22 PM 0 comments 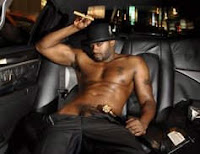 SO AT THIS POINT I'M SAYING I HAVE RETIRED!!! I will keep the blog running for a bit....."

If he retires, I won't learn all the new fucking positions he does in his videos. Diesel can be seen in his latest hit from Mustang Videos "Red Light"
Posted by Paulie at 5:08 PM 1 comments 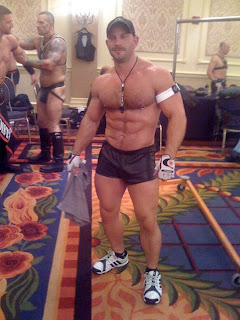 As Brandon Clark, he won San Francisco's Mr. Leather title and was the webmaster for Hot House. He's a hot muscle daddy and meshes with the look that Mustang has been going for as of late.
Posted by Evan at 7:12 AM 0 comments

King of Squirt” Gets Off on XTUBE

Don’t know if you ever saw this hot twink “jack rabbit” fuck his Fleshjack, but he will get you hot and wishing you where is toy. He calls himself the King of XTube and King of Squirt. AdamlikesApples.com. He fucks his sex toy like a true acrobat and gets a facial in the end. Long live the King! 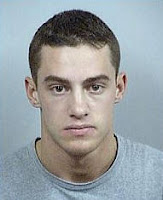 Marcus Allen a gay for pay and former Freshmen Magazine “Freshmen of the Year” who shot is former boss in the head and dumped his body in a creek, then tried to escape with a stolen safe to Mexico, was found guilty today. He will be spending his life in prison without the possibility of parole. The Denver jury found him not only guilty of first degree murder but for aggravated assault. Something tells me that he will be very popular in his cell block. Check out some of his work in ironically called "The Road to Temptation" or Falcons "Through the Woods".
Posted by Paulie at 5:00 PM 0 comments

"The fact that they accepted money to promote their own image as college athletes put them in violation of NCAA regulations," ESPN notes. "Nebraska Coach Mark Manning told 'OTL' that while this particular incident did contribute to their dismissal from the team, they were released for a multitude of reasons."

After all the who-ha about his sexuality, runner up to this years American Idol come out of the closet in a Rolling Stone interview.

He tell Rolling Stone "Right after the finale, I almost started talking about it to the reporters, but I thought, 'I'm going to wait for Rolling Stone, that will be cooler.' I didn’t want the Clay Aiken thing and the celebrity-magazine bullshit. I need to be able to explain myself in context. I'm proud of my sexuality. I embrace it. It's just another part of me."

"I was worried that [coming out] would be so sensationalized that it would overshadow what I was there to do, which was sing. I'm an entertainer, and who I am and what I do in my personal life is a separate thing. it shouldn't matter. Except it does. It's really confusing."

Confusing to who? Even Druged out Paula knew, did anyone really wonder if he was a butt muncher?