Before he became an award-winning director and a partner in gay adult studio Jet Set Men, Chris Steele was known as a rugged, ripped, masculine performer. Studio 2000 has compiled nine of Steele's best scenes - plus new material including audio commentary, the star's original audition footage and an early strip-show performance - into a two-disc DVD set: Chris Steele Superstar.

"I was happy to work with Studio 2000 on this project," Steele said. "This is more than just a greatest-hits collection: We recorded audio commentary, shot a new interview and they unearthed lost footage. Having now seen the two-disc set, I'm impressed with its quality. I think my fans will love it, and hopefully we'll win over a lot of new ones, too."

Flavorworks, producers of hot videos like "Raw Thugs 2" and "Raw Thugs 3" announced today that it has won its federal lawsuit against the City of Miami.

FlavaWorks originally sued the City of Miami in September 2007, disputing the enforcement of the city’s zoning laws against CocoDorm.com, its site that broadcasts the daily lives of several FlavaWorks models. The company argued that the laws did not apply in this case because “all business activity occurs elsewhere.”

“We have fought very hard on this, and never once did we lose faith,” said Phillip Bleicher, FlavaWorks CEO. “We’re pleased with the case’s ruling and to know that justice has prevailed on our side.”

FlavaWorks said its next course of action is to seek out those who sparked the suit by anonymously distributing packets containing “defamatory documents” to local news agencies and dorm neighbors
Posted by Paulie at 3:12 PM 0 comments

Iceland is set to become the first nation in the world to have an openly gay leader. It comes after a government collapsed due to the global financial crisis ...

Johanna Sigurdardottir, a former flight attendant who has risen through Iceland's political scene, is the likely pick of the Social Democratic Alliance Party to lead an interim government.

Iceland's conservative government caved under the pressure at the beginning of the week. The country's banks collapsed last year under the weight of huge debts amassed during years of rapid economic growth.

The country's currency has nose-dived, while inflation and unemployment figures are skyrocketing.

The 66-year-old's appointment is expected to be confirmed within days, and she would lead Iceland until general elections which are expected in May.

Sigurdardottir's appointment is expected to be confirmed within days by the new ruling coalition of the Alliance party and the Left-Green movement. She would lead Iceland until general elections, expected in May.

Iceland has lined up about $15.08 billion in bailout loans from the International Monetary Fund and individual countries to keep itself afloat but long term solutions and outlook for the country waver between unclear and grim.

Iceland has perhaps been the nation worst affected by the worldwide economic meltdown.

Sigurdardottir has been in a civil union with journalist Jonina Leosdottir since 2002. Sigurdardottir was previously married to a man and has two sons.
Posted by Paulie at 2:59 PM 2 comments

Perhaps the Strangest and Scariest Video I've Ever Seen!

Montreal Tourism Video that Will get you Hot

Montreal has a lot to offer gay tourist, Hot Men, Nude Dancing and a gay friendly atmosphere and if that wasn't enough check out this video.

Homosexuals previously used the Internet to meet new partners, but say their safety has been put at risk by a government decision to block access to sites such as Gaydar.

"I also think a lot of expats will end up leaving now - they live here mainly because Bahrain is more liberal."

A gay expat man, who wanted to remain anonymous, agreed the move was a backward step.

"I'm really disappointed, but I have already found a way around it."

Meanwhile, a lesbian Bahraini who asked to remain anonymous said although she didn't use gay social networking sites herself, many of her friends did and were upset with the clampdown.
Posted by Paulie at 12:23 AM 0 comments 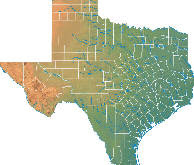 A Dallas man has filed for divorce from his husband but the state of Texas is refusing to hear the case.

Attorney General Greg Abbott said that since Texas law prohibits same-sex marriages and civil unions, the men could not be divorced in Texas since their union is not recognized to exist in Texas.

The men, who have asked that their names remain private, were married in Cambridge, Mass., in 2006.

Peter Schulte, who represents the plaintiff, said he plans to argue that the U.S. Constitution dictates that states recognize contracts from other states.

According to Schulte, the couple could be legally divorced in Massachusetts but only after establishing residency. Schulte maintains that even though his client was married out of state, he shouldn't be treated any different than anyone else seeking a divorce.

While this case is a first for Texas, it is not the first nationwide. A gay couple seeing a divorce in Rhode Island were denied for the same reason as Schulte's client. Another gay couple seeking a divorce in Iowa were successful in their dissolution.
Posted by Paulie at 12:21 AM 0 comments

Dicks and Drag back to DC

Good news for our local readers/listeners. I reliable inside source has told me that the long awaited reopening of Zigfelds-Secrets will likely happen next weekend. They finally received their Certificate of Occupancy and completed construction. The new location is 1824 Half Street, SW. Get those dollars ready!

Zigfelds-Secrets originally opened in 1980 and featured DC's best drag shows and male strippers until being forced to shutdown to make way for Nationals Stadium in 2006.