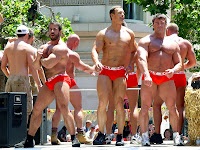 It is official; Colt Studio is bankrupted, which is odd because they just released a DVD this week "Gruff Stuff" and still releasing scenes online.

COLT Studio Group has produced all-male erotica for over 43 years. Started in New York City in 1967, moved to Los Angeles for twenty five years and is now based in San Francisco, California. COLT Studio Group is the umbrella company for other brands such as: Colt Gear, Colt Leather, Colt Publications just to name a few.

On June 3, 2010, Prowest Media filed for chapter 11 bankruptcy protection and owners Rutherford and Settle concurrently filed for chapter 7 protections. the largest creditor in both filings is COLT founder, Jim French, with a secured debt of $1.45 million listed.

When Rutherford and Settle bought COLT from French over a year ago, they promised to pay 2.3 million, but they've apparently been in default for over a year—partially because of COLT's declining revenues.

Rutherford and Settle reportedly sold the rights of COLT to Gamma—the parent company of Buddy Profits, Next Door Male, Cody Cummings, Mason Wyler—but have still not been able to pay French his millions.

Just got a note from a friend in San Fransisco who works at the Courthouse, says " I hear LOTS of hooting and hollering in front of the Courthouse... Looks like the wedding are ON!"

“California is now the sixth state where same-sex couples share in the freedom to marry. As the Governor, the Attorney General, and Judge Walker have all concluded, there is no good reason to continue excluding same-sex couples from marriage. Same-sex couples across California can once again share in the respect and personal significance of marriage, as well as the critical safety net of protections and responsibilities that marriage will bring to their families. We are witnessing a growing consensus in America that loving and committed same-sex couples deserve the same respect and the same rights as everyone else. Americans on all sides of the aisle, from Laura Bush to Bill Clinton, have embraced the reality that the freedom to marry helps families, while hurting no one. As same-sex couples in California today celebrate their love, commitment, and equal protection under the law, a majority of Californians and a majority of Americans support their right to marry.”

Thanks Billy for the update, great news!
Posted by Paulie at 3:39 PM 0 comments

Two term state Sen Paul Koering from Minnesota, the only openly gay Republican senator lost his seat Tuesday in the GOP primary to "Paul Gazelka" with 56.8% to 43.2% vote

"Instead of focusing his efforts on job creation and the betterment of Senate District 12, Paul Koering has demonstrated incredibly poor judgment by spending time with an escort and pornographic film star," Sutton said. "With his campaign message of lower taxes, sensible government and economic development, Paul Gazelka is the right leader for Senate District 12, and the Republican Party of Minnesota stands united behind his candidacy."

Koering has stated in the past, that not only would he not promote marriage equality for gay couples and wouldn't even vote for it if it ever came to the floor for a vote.
Posted by Paulie at 12:02 AM 0 comments

Get Married by a Go-Go

The news only gets better from California after Proposition 8 was overturned last week. Jane Wiedlin, one of the founders of the pioneering Go-Go's, who is an ordained minister and goes by the name Reverend Sister Go-Go, has lowered her rates for officiating gay wedding ceremonies.

“In celebration of this historic and joyful event, we have lowered the price of my officiate services,” Wiedlin writes on her website. “No matter what your orientation, if you and your beloved are going to tie the knot, I would be honored to be part of your happy day!”

Now while you are on Vacation you can get the beat in this town. (All go-go songs if you’re not a fan)
Posted by Paulie at 12:01 AM 0 comments

Guess We'll Have to Go to WillArnett.com from Now On 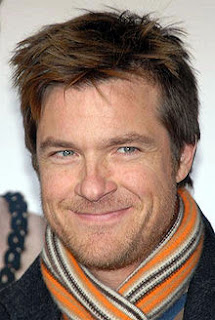 "Forty-nine percent of respondents think gay and lesbian couples have the constitutional right to get married and have their marriage recognized by law, while 51 percent say those rights do not exist. The gap widens dramatically when age is taken into account. Nearly six in ten Americans under the age of 50 say gay rights are protected under the Constitution. Only 38 percent of Americans over the age of 50 say the same thing. 'This is one of the few instances when independents side with one party rather than falling in between the Dems and the GOP,' CNN Polling Director Keating Holland said. '56 percent of Democrats and 57 percent of Independents think the Constitution conveys the right to marry to same-sex couples. Only a quarter of all Republicans agree.' ...

Where's a pail of water when you need it?

Maggie Gallagher accuses Judge Walker, author of Prop 8 ruling, of judicial activism. This was taken from NOM rally in Charleston, WV. There were reportedly 18 NOM supporters at the rally.

The American Bar Association approved the following resolution today at its annual meeting in San Francisco:

"RESOLVED, That the American Bar Association urges state, territorial, and tribal governments to eliminate all of their legal barriers to civil marriage between two persons of the same sex who are otherwise eligible to marry."

As a follow-up to last week's ruling that Mexico City's marriage equality law is constitutional, the Mexico Supreme Court has ruled that all 31 states must recognize gay marriages performed in the capital. AP reports: 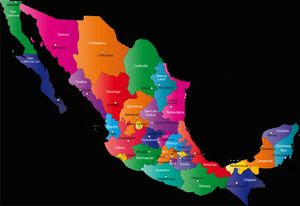 "In a 9-2 decision, the tribunal cited an article of the constitution requiring states to recognize legal contracts drawn up elsewhere. It did not specify what degree of recognition must be granted to same-sex couples." The ruling does not mean that those states must begin marrying same-sex couples. The Court is also currently mulling gay adoption.
Posted by Evan at 11:55 PM 0 comments

JetBlue flight attendant Steven Slater made a dramatic exit from a flight he was working at Kennedy Airport today shortly after it landed. The New York Times reported: 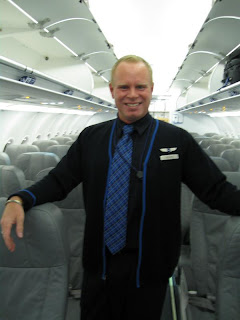 "One passenger got out of his seat to fetch his belongings from the overhead compartment before the crew had given permission. Mr. Slater instructed the man to remain seated. The passenger defied him. Mr. Slater approached and reached the passenger just as he pulled down his luggage, which struck Mr. Slater in the head. Mr. Slater asked for an apology. The passenger instead cursed at him. Mr. Slater got on the plane’s public address system and cursed out all aboard. Then he activated the inflatable evacuation slide at service exit R1, launched himself off the plane, an Embraer 190, ran to the employee parking lot and left the airport in a car he had parked there. In a statement, JetBlue said it was working with the Federal Aviation Administration and the Port Authority of New York and New Jersey to investigate the incident."

The dramatic getaway was short-lived. He was arrested at his home not far away in Belle Harbor, Queens. He was charged with reckless endangerment and criminal mischief.
Posted by Evan at 10:54 PM 0 comments 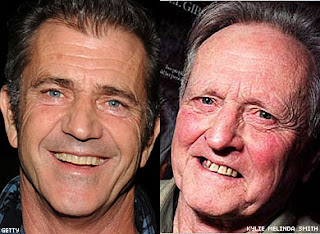 Who knew that Paulie was Mel Gibson's dad? Of course he's not (Paulie is too young), but they share some views. In a radio interview on the Political Cesspool Radio Program, Hutton Gibson told listeners that the pope is gay and the Roman Catholic Church isn’t fighting marriage equality “because half of the people there in the Vatican are queer.” He also said that the Vatican is full of child molesters (and even a stopped clock is right twice a day). The controversial 91-year-old is no stranger to making shocking statements. In a 2003 interview he made claims the Holocaust had never happened and that the September 11, 2001, attacks were perpetrated by remote control.
Posted by Evan at 10:47 PM 0 comments

Return of Inches & Other Mags? 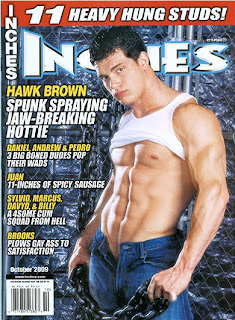 All the news that fit for Paulie! Regular listeners will remember Paulie diatribes about getting shafted by Men magazine, then Unzipped. Could some of them (all-male skin magazines) be making a comeback? That's what's hitting the rumor mills. Maverty Media Group pulled the plug on their skin magazines, including Inches, Mandate and Playguy magazines, more than a year ago and their websites have remained stagnant. Supposedly, before 2010 is up, they will headed back to the newsstands. Let's wait and see.
Posted by Evan at 10:28 PM 0 comments