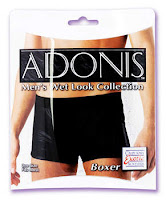 The US wants bulletproof undies to protect its military's collective manhood. The US Marine Corps has ordered 27,500 pairs of impenetrable undies. Apperently groins have always been a problem for the armed forces around the world "because necessity dictates they need to be free for mobility purposes".

Due to the fact they must remain unprotected and unsecured, the groin is an "attractive target" for enemy forces. With the rise of landmines and Improvised Explosive Devices, soldiers' tackle "has become something of a hot spot" (preaching to the converted, guys).

Injuries to that region damage much more than pride (and would freaking hurt, we should think!). A lot of blood flows through a groin and shredding(?!) can quickly lead to death or rapid infection.

The solution to the military's problem down below lies in ballistic underwear, made from fine double weave silk.

It doesn't stop direct hits from shrapnel, but at least it's tight enough to stop the flying pieces of heavy metal from reducing Marine man-bits to mincemeat.

The tackle-protecting technology was developed in the UK where 60,000 soldiers have already been fitted with "combat codpieces" which also include a piece of detachable pelvic armour for those times when you need to get it off in a hurry.
Posted by Paulie at 5:17 PM 0 comments 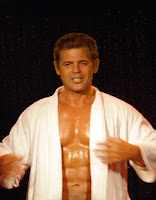 Francois Sagat Cameo in Funny Slick It Up Commercial

I have been a bad boy too.