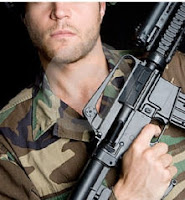 Gay Turkish youths are being forced to prove their sexuality to avoid being conscripted into the army. There are no specific anti-gay laws in Turkey, but out gay men aren't welcome in the military, giving them little encouragement to carry out the duty their country requires of them.

In an interview with the BBC, Armagan Kuloglu, a retired Turkish army general, said openly gay servicemen would create "disciplinary problems" and disruptive and expensive "separate facilities, separate dormitories [and] training areas" to be built.

"When someone comes out and says he is gay, then the army needs to make sure that he is truly gay, and not simply lying to evade his mandatory duty to serve in the military," he said.Gay men looking for an exemption certificate (a "pink certificate") on the grounds of homosexuality say they must submit evidence of their sexuality to army officials. They have been forced to submit explicit photos of themselves having sex with other men. 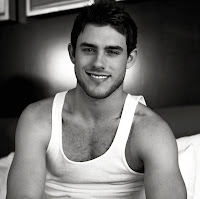 Sean died yesterday, Monday, but no one knows the cause of death at this time. Corbin Fisher is in contact with Sean’s family, who had been supportive of him and his career.

From Corbin Fisher “In his year at Corbin Fisher, ‘Sean’ has had an enormous impact upon a great many of us – from the fans who knew him for this enthusiasm, charisma, and remarkable good looks, to his co-workers and fellow performers who knew him as a generous and selfless friend.

“We have been in contact with his family since he unexpectedly passed, and they have shared with us that Matthew often eagerly expressed to them how much his fans and admirers meant to him. He took great pride in his work with Corbin Fisher, and strove to make an impression upon you and make you happy with every performance. You were all a constant source of inspiration and motivation for him.”
Posted by Paulie at 3:57 PM 0 comments

At The Condom Factory

GLAAD Media Award co-hosts Naya Rivera and Cory Monteith each auctioned off a kiss for $5,000 at the March 24th event, actor

John Stamos puts his lips up for auction too. For 5K you think there would be some tunge too.

Pat Robertson: Men Hooking Up With Men Is Due To Demonic Possession

4 Big Splats with 88mins. Cockwork is a brilliantly filmed piece of erotic artwork from Tony DiMarco. Inspired by an underground classic movie of a similar name, there is no real story line but it is tied together by a surreal gray world filled with muscle god studs who aggressively plunder asses and deep throat monster cocks. The Star of the film, D.O. is in 2 of the 4 scenes and as always performs brilliantly, blowing loads all over the rooms. All the scenes are fantastic; no talking, just down to the basics manly pleasures. The last scene with D.O. and Marc Dylan as his smooth hole gets filled ruff with D.O.'s donkey dick will have you panting with pleasure.