Handmade Piggy Popper Holder for the guy on the Go! 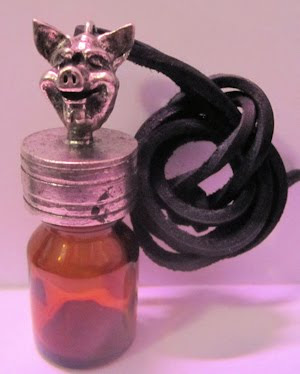 This is what happens when artisan meet sex, a handcrafted pewter Piggy Poppers Bottle Necklace. This is for the Ultimate Piggy, hand crafted pewter Popper holder and empty bottle for the guy on the go. Put your favorite popper, aroma or *nail polish remover* in this container or it fits most popper bottles. Hang it around your neck and guys will know that you are a sex pig and you mean business. You will never have to "borrow" a tricks poppers, just use yours. Handmade and amazing in detail with seal inside so there will be no spillage, Made in the USA.

Now the Internationally Best Selling, Rush "Never Fake It" Brand with PPP (Power Pak Pellet) has a premium Gold formula. Now when you only want the best and strongest available, get Gold Rush. Treat yourself like a King (or Queen) and get some gold in your life.
Posted by Gay P Talk at 4:33 PM 0 comments 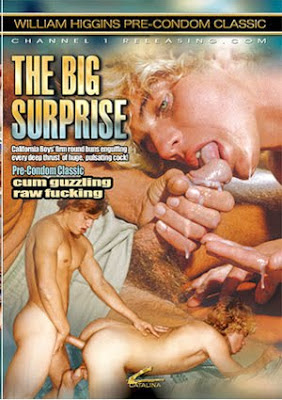 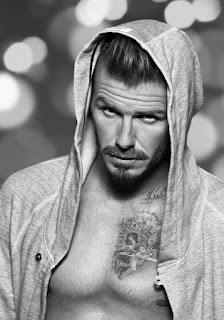 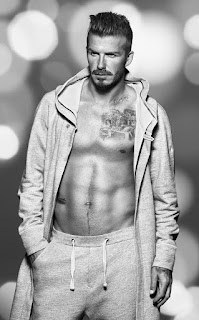 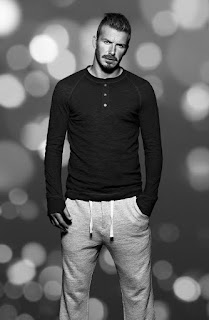 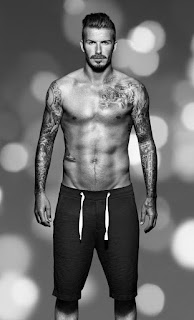 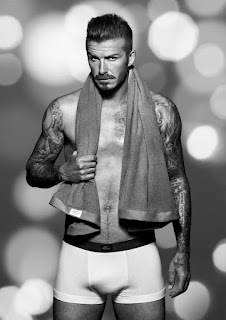 Spicing up the holidays already, David introduces new products to his H&M Bodywear line. Hitting select stores and online at the end of November, sexy ads are released.

"I've always been in the process of design of some kind, but to have something that was actually mine, that was something different and special," David added. For the update to the line, the focus was on warmth and comfort for winter, as seen in the hooded morning gown, draw-string pajama bottoms, and long johns with padded elbow and knees, which actually are something he looks to for inspiration when designing. The holiday collection also includes lounging shorts, Tees, and surprisingly, a towel (hopefully at least in box with one of our favorite UK studs on it). View the pieces on, and off, David in the behind-the-scenes video below and hear more on his design process and work." 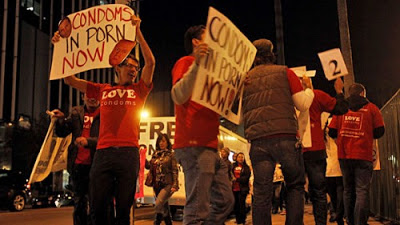 “It doesn’t change anything -- we’ll simply shoot in Hawaii, Mexico or the desert,” Larry Flynt, publisher of Hustler magazine, said in a telephone interview. “We’ll fly to Cabo for a week or 10 days. It’s not a big deal.”

Of course, supporters of the mandate are overjoyed that the measure has passed, saying it will help protect workers in the industry from sexually transmitted diseases.

“This is largest vote ever on the safer sex issue. We expect interest far beyond L.A.,” said Michael Weinstein, AIDS Healthcare Foundation, the group that pushed for the measure. He promised that his group would be making sure the law is enforced by health officials.
Posted by Gay P Talk at 3:10 PM 0 comments

I love the way how Taiwan sees the American election. BTW... I dressed in the same leather outfit when I voted.
Posted by Gay P Talk at 12:46 PM 0 comments 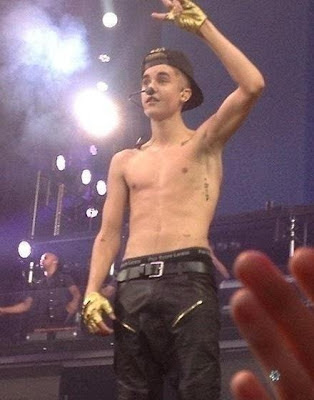 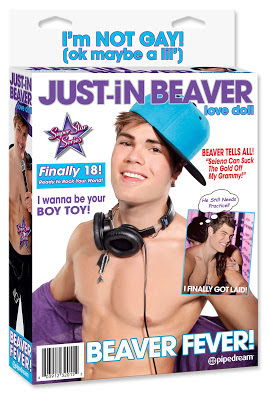 The Bieber has been turned into a sex doll "Just In Beaver" that is being marketed to both woman and men, and he is not happy about it. The Biebs has already got the lawyers trying to get the sold out doll off the market.

"TEEN heartthrob Justin Bieber is reportedly furious after a sex toy company has put his name to a blow-up love doll for gay men. The 18-year-old superstar has been turned into the anatomically correct ’Just-In Beaver’ model. A topless Justin Bieber lookalike features on the front of the box, with various cringy slogans. One reads: “I wanna be your boy boy” while another says: “Beaver tells all” and makes reference to his long-term girlfriend Selena Gomez. Insiders claim his legal team are already on the job to get it pulled. Last night, one claimed: “Justin is absolutely incensed with this monstrosity. “He’s already set his lawyer on these sickos.” The Bieber doll has been produced by seedy Yank firm Pipedream – who has already released other inflatable sex partners based on Katy Perry, Pamela Anderson and Kim Kardashian. The £20-a-time doll is now “out of stock” on the company’s website. The insider added:” They are running scared of Justin’s legal team.”

I can't wait to see all the X-Tube videos of young jocks fucking the Bieber Doll.
Posted by Gay P Talk at 12:39 PM 0 comments

Season 3 "So You Think You Can Fuck" Trailer