The Westboro Baptist Church had previously promised to protest Comic-Con in San Diego because they said that Americans had turned all comic book characters into idols. Attendees and other counter-protesters came bearing signs saying things like "Odin is God" and "God loves gay Robin" and the idiot protesters packed it in early. Yeah for geeks!

"The reason is clear: Brown, President of NOM, was embarrassed by yet another rally event in which attendance was extremely low. On this site, we’ve started calling it the #NOMtourFAIL, in new media parlance. We now have video footage to share of the entire incident, including the moments that led up to it and what happened afterwards when Courage’s Arisha Michelle Hatch attempted asked for an explanation from the police officer. The video speaks for itself, from the moment Brian Brown convenes the extremely small crowd (despite his prediction of “50 (or) 100″ people) to the moment Jethro is threatened with arrest...What Brian Brown did — asking the Maryland police to remove our team from the event — was a violation of our First Amendment right to document the rally in a public space on public property. We hope he doesn’t make the same mistake again. What the officer did — threatening to arrest our videographer — was done because Brian Brown is realizing that transparency is problematic for the future of his anti-gay rights organization. And he’ll do anything to stop us from exposing that reality."

The officer involved was Lt. Derwyn Parker, Assistant Detachment Commander of the Maryland Capitol Police, Annapolis Detachment. His superior is Chief Phil Palmere. Drop a polite, respectful email to the Chief and ask him what he plans to do to properly instruct his officers in the protection of free speech and assembly rights for all.

On July 25 from 11 a.m. to 6 p.m., fair attendees will have the opportunity to meet gay adult stars, get autographs and take photos with Raging Stallion exclusives Chris Porter, Cole Streets and Kennedy Carter, as well as Christian Wilde and Dane Carraggio.

The Up Your Alley Fair takes place at San Francisco's South of Market district on Dore Alley between Folsom and Howard Streets and the adjoining blocks of Folsom Street between 9th and Juniper.
Posted by Paulie at 5:54 PM 0 comments

You Need A Guy? Rent One By The Hour

RentGuy4Fun.Com is a place where male entertainers place their ads. What sets apart RentGuy4Fun.com from many other adult entertainers today is that the website helps individuals search for male companions across the world in Africa, Middle East, North America, South America, Australia and Europe. No matter where your travels might take you, it would be possible for you to find an ideal companion to share your time with. RentGuy4Fun.com makes it easy to search for services of all kinds.
Posted by Paulie at 5:53 PM 0 comments

Another adult company is helping the Gulf Coast Oil Spill, this time with Oil Spill Condoms.

"This is the worst oil spill in U.S. history and as citizens we need to do what we can to help," Practice Safe Policy founder Benjamin Sherman said. “We want our customers to gush for a cause with the Oil Spill Condom.”

Practice Safe Policy gained notoriety during the 2008 elections when Obama and McCain condoms were released and garnered media attention from CNN, FOX, Associated Press and other news organizations, Sherman said.

“Looking towards the future, we will continue to explore the combination of politics, sex and condoms,” Sherman said. “Of course, when there is an issue that warrants being put onto a condom (like the oil spill), we’ll take advantage of that situation as well.”

A film featuring graphic gay sex between zombies directed by Canadian provocateur Bruce LaBruce has been banned by the Australian censor from being screened at the Melbourne International Film Festival, according to the Sydney Morning Herald. A letter from Donald McDonald, director of Australia’s Film Classification Board, to MIFF director Richard Moore, states that the film titled L.A. Zombie could not be screened because it would, in his opinion, be refused classification.

Films are not required to be submitted to the classification board prior to screening, but upon reading a synopsis of the film’s plot, the board requested a DVD of the film and voted against issuing an exemption for it to be screened.

L.A. Zombie, a follow-up to LaBruce’s 2008 feature, Otto; Or, Up With Dead People, depicts an alien zombie who discovers he can bring the deceased back to life through sex. The film features full frontal nudity, erect penises, wound penetration, and implied sex with corpses.

Moore told the newspaper that the festival hadn’t yet decided whether to appeal the decision, since it would cost $2000.
Posted by Paulie at 4:18 PM 1 comments

Hope for AIDS cure before 2020 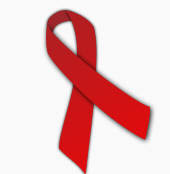 A cure for AIDS will be discovered within the next decade, according to an internationally renowned Australian expert. Professor Sharon Lewin, head of the infectious diseases unit at The Alfred Hospital in Melbourne, says the real challenge would be making the cure accessible to many.

The Sydney Morning Herald reports that Professor Lewin's research has primarily focuses on how to kill the AIDS virus when it is dormant in the body. Unlocking the cure would involve "waking up" the sleeping virus and then killing it.

"We will have a high-tech solution but then we will need to make it simple enough and cheap enough to be delivered to a lot of people.

"The main reason we can't cure HIV is because it goes into a hiding spot in the body and it goes to sleep while we are treating the patient with drugs, but when we stop the drugs the virus wakes up. I think the most promising approach is to using drugs that can wake up the sleeping virus and then kill it.

"This is a very smart virus ... From the outside there is no way to tell the difference between a cell that has the virus and one that doesn't."
Posted by Paulie at 1:30 PM 0 comments

Professional Soccer Stud Gets Caught with Pants Down 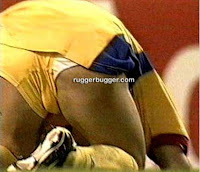 Adrian Muto is the latest Sports figure nude from Ruggerbugger.com to get exposed. The Romanian born Soccer Stud is very sexy looks like he is packing some meat.

From the website "This amazing player seems to just love showing off his body. Inside you can find all the explicit pics of him revealing himself unawares. He's totally fuckable."
Posted by Paulie at 1:25 PM 1 comments 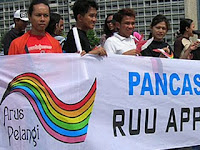 The U.N. Economic and Social Council voted Monday to accredit the U.S.-based International Gay and Lesbian Human Rights Commission after strong lobbying by the Obama administration.

Obama, in a statement issued by the White House, welcomed the vote as an "important step forward for human rights." With the group's inclusion, he said "the United Nations is closer to the ideals on which it was founded, and to values of inclusion and equality to which the United States is deeply committed."

"Today's decision is an affirmation that the voices of lesbian, gay, bisexual, and transgender people have a place at the United Nations as part of a vital civil society community," said Cary Alan Johnson, IGLHRC Executive Director. "The clear message here is that these voices should not be silenced and that human rights cannot be denied on the basis of sexual orientation or gender identity."

If you love big things in small packages, you will love these boys. The much anticipated debut of Swell Suits Miami 2011 made a splash at Mercedez Benz Fashion Week Swim this week.

Swell Suits Miami 2011 is a collection of several different swimwear designers, including Naila, Olasul and parke & ronen.
Posted by Paulie at 9:30 PM 1 comments

Truth Wins Out new video of Ben Unger and Chaim Levin, former Ex-Gay Jonah members (Jew Offering New Alternatives to Homosexuality) talk about stripping and groping in front of mirror for "Life Coach" to become straight. If watching guys grope and fell themselves up makes you straight, I would be an arrow.

Welcome to Drama with the Jarics!

No sooner do I put a porncast to rest, in part, talking about the Jarics, Aden and Jordan of Falcon, being back to working together, then all hell breaks loose! Last I heard, the Jarics were living apart but still working together. (Falcon won't let a little thing like a romantic break-up get in the way of commerce!) 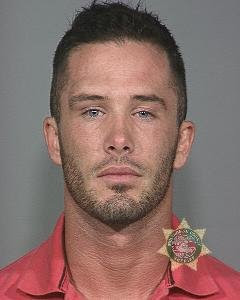 Apparently, Aden and Jordan had a joint appearance in Portland judging a drag queen competition at The Fez. They were gifted, each, a glass paperweight from a local clothing store and had them with them later on. According to the police report, Aden hit Jordan across the face with the paperweight and was arrested and booked for harassment and assault in Portland’s Multnomah County Jail at 3am, July 15th. The assault was reportedly the result of a alcohol-fueled argument. From 'dream' couple to Kardashians in nothing flat. Somebody get these two a reality show!
Posted by Evan at 11:41 AM 0 comments