"We think she'll enjoy being able to take over 100,000 titles—straight, gay and everything in-between—on the road with her," said Suzann Knudsen, director of communications for AEBN. "Since she was so impressed by a sex shop here, we can't wait to show her what North Carolina's online entertainment options have in store for her." 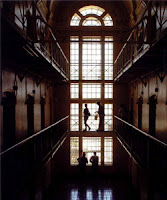 An Edinburgh teenager has been jailed for 45 months after he was found guilty of extorting £87,700 (116,266 USD) in a sting on men using gay and adult chat lines.

Kelz Sutherland, 19, was sentenced to spend 45 months behind bars for threatening to expose men who were tricked into discussing sex with underage boys and girls.

Sutherland pleaded guilty last month to nine charges of extortion dating from January 2008 to December 2009. He was caught after one of the men refused to pay and contacted the authorities.

According to the BBC, Sutherland would steer conversations with the men who called the chat line into talk of underage sex. He would then interrupt the call in a different voice and pretend to be a chat line monitor, saying the conversations would have to be reported to police.

Sutherland would then offer to wipe out the recordings in exchange for money. Police found a Lloyds TSB bank account in the name of Sutherland's mother with more than $200,000 deposited into it. She told authorities he had sole use of that account and she knew nothing of the blackmail scheme.

Another Lawsuit has been filed for the anti gay pastor Eddie Long, charging him with coercing male church members and employees into having sex.

"According to the lawsuit filed today in DeKalb County, Long welcomed Jamal Parris, who was 14 years old at the time, into his circle of 'Spiritual Sons.' Long allegedly lavished gifts on the small, intimate group of young male parishioners who'd entered into a "covenant" with the pastor. Much like the other lawsuits, Long is accused of using his spiritual position and scripture to defend the alleged sexual encounters. The relationship turned sexual after 2004, the lawsuit claims, when Parris, who by then was 17 and had started working at New Birth as Long's personal assistant, accompanied the pastor on trips across the country in the church's private plane and made private visits to his DeKalb County guesthouse and living area at the mega church. According to the suit, in 2009, Parris — who Long allegedly encouraged to call him 'Daddy' — started a relationship with a girlfriend, distanced himself from the pastor, and ultimately left the church."

The other hypocrite, Pastor Ted Haggard who had a 3 year affair with an escort and meth while pounding the pulpit against gays, defended Pastor Long (seen above in the photo he sent out to the boys) saying he deserves a fair hearing and that if the accusations are false, he will survive the ordeal. I guess if Haggard can still preach to his flock, anyone can.
Posted by Paulie at 11:55 AM 0 comments

Get ready to "Get Your Bear On" Grrrr! It’s summer in New York City, and the neighborhood bears are coming out of hibernation. A group of friends is getting ready for the annual week-long celebration of all things bear, but plans keep getting turned upside down. BearCity is Queer As Folk meets Sex in the City — only with more hair and tons of hot bear-on-bear action!

Maybe he just needed his afternoon nap. The Advocate's Kerry Eleveld and Metro Weekly's Chris Geidner seem to hit a nerve in an interview.

To celebrate the first day of Fall on Sept 22nd here is a pumpkin fucking video... damn this guy needs a fleshlight.

Get Naked and Vote

Matty Daley and Bobby Canciello's have broken Guinness World Record for the longest kiss at 32 hours and 7 minutes. The two are just friends and not a couple and say they did this to raise awareness about homophobia.

It's Hard to be Str8 Music Video