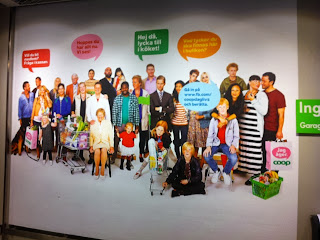 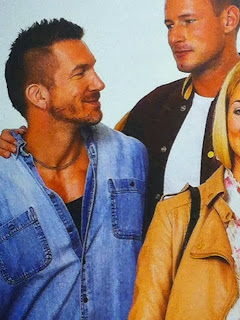 "Tomas Brand has been performing for Lucas Entertainment ever since the studio has filmed in London, and ever since his first scene was released his popularity has exploded on the site! And why shouldn’t it -- Tomas is handsome, has an insanely muscled body, and his big thick uncut cock is enough to make any mouth water and hole pucker with excitement. But little known to fans is Tomas Brand’s loving marriage with fellow porn star, Logan Rogue, a handsome blond man whose natural good looks match his husband’s. We are used to seeing Tomas doing what he does best: fucking a bottom that loves taking a thunderous pounding from a top as hot as Tomas. But rules change from a porn set to the marital bed, and it’s now that we get to see Logan not only enter his partner raw, but first in their session of love-making. And when he starts to fuck him, he doesn’t take it easy and thrusts into Tomas’ ass long and hard! After Logan has his fun, he gives up his hole to Tomas so we can see him do what he does best: taking control of Logan’s ass and giving it a good pounding raw!"

Where The Bears Are Ben Pole Dances for Donations

Ben Pole Dances for you from Where the Bears Are on Vimeo.
Posted by Paulie at 7:09 PM 0 comments

Crouched in a cage, puppy Tony Orion gets led out by alpha dog Aleks Buldocek—their two faces covered by dog masks as tails wag out of their asses. With his huge bone, Aleks takes control—the two rumbling around, sniffing each other’s holes as they bark. After burying his leather snout in Tony’s butt, Aleks frees his bud’s mouth—which is soon wrapped around the alpha’s massive meat. Tony’s chain collar rattles as he sucks, the sub soon getting sniffed and fucked from behind. The bottom whimpers as he gets it deep, Aleks’ tail bouncing around as he plows the pup. Tony’s dick is stiff as he gets fucked on all fours, a strand of glistening precum dripping from its head to the floor. Tony’s ass ripples, the two soon rolling around as they 69—then butting heads as Aleks’ ass wags. The alpha gets Tony on his back, an overhead shot capturing the deep penetration beautifully as they bark. The two squirt, Aleks’ load coating Tony’s crotch.
Posted by Paulie at 7:03 PM 0 comments 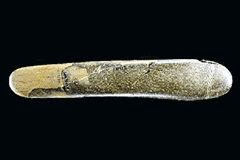 Estimated to be at least 28,000 years old, German researchers have linked the sex toy/tool with primitive Homo sapiens rather than their less intelligent Neanderthals cohorts.

They also noted that representations of the male form from that period are rare, while depictions of females are much more common.
Posted by Paulie at 7:00 PM 0 comments