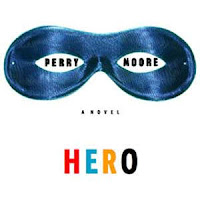 Cartoon creator Stan Lee is in the process of developing the world's first gay superhero for a new television show.

The character, reportedly the son of another superhero, is a high school student called Thom Creed.

He will be forced to hide not only his growing superhuman powers, but also the fact that he is gay.

Stan Lee is responsible for some of the world's best-loved superheroes including Spiderman and X-Men.

The story will be based on the book Hero, written by Perry Moore, who is also writing the script for the show.

The TitanMen collection is made in the U.S. from thermoplastic rubber and features Doc Johnson’s anti-bacterial Sil-A-Gel formula. TitanMen Titanium silicon-based lube is included with each toy.

“The positive feedback we’ve received from consumers and retailers regarding our TitanMen toys is a true testament to the research, development and dedication that went into this line,” said Chad Braverman, Doc Johnson’s director of product development and licensing. “This new addition to the collection will provide TitanMen fans an unparalleled experience in pleasure.”
Posted by Paulie at 11:19 PM 0 comments

Raging Stallion'To the Last Man' Sells Out in Record Time

To The Last Man - Part 1 The Gathering Storm 2-Disc Set. Evan Loved this Wesstern themed movie and gave it his highest splats to date. They have already sold out the first run (5,000 units) 11 months ahead of expectations.

"We are astounded at the demand for this film," Raging Stallion president Chris Ward said. "Normally a 5,000-unit run will last eight to twelve months, even for a hit movie. The numbers being seen on To the Last Man orders are extraordinary - significantly stronger even than Grunts, which was our top-selling movie of 2008."

Raging Stallion has placed an emergency re-order and expects wholesale shipping to resume by Jan. 16. Retailers and customers who ordered the movie on or before Jan. 12 will see their orders arrive on time, Ward said.

"We have not seen numbers like this since Arabesque three years ago," he said. "Customer feedback has been outstanding, and I think word of mouth is really getting out there."

A Hollywood-style red carpet premiere is scheduled for next Jan. 21, and several calendars and books about the movie are expected to debut next month.
Posted by Paulie at 10:51 PM 0 comments

How to stop those pesky gays from getting married.

New the Real World has some nice eye candy with Model Scott Herman and Latin Stud (who is rumoured to have dated CNN Anderson Cooper) JD Ordonez who wears Magnum sized condoms. Hope we get a chance to see the "Latin Monster" 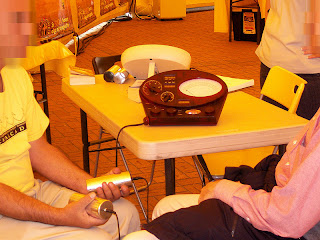 Imagine that you are exercising your free speech rights by protesting against an anti-gay ministry by picketing one of their centers. Now imagine that you protests are being stopped because the "church" has found out that one of your fellow protesters is HIV positive. 'Evan, you're crazy,' you might say. I may be but I'm not wrong.

Boston's Edge magazine reports that Scientology (the anti-gay religion of the 20th century!) obtained private records of several of the protesters at "Gold Base," the international headquarters. "Scientology lawyers are advocating that the presence of the two HIV-positive men presents a threat to the well-being of the alleged 500 workers at the Base, and is seeking to restrict protests." 'Disgusting' is the old word that comes to mind.

In lighter news, listen to our next podcast when Paulie reviews the new "E-meter sex machine," pictured above.
Posted by Evan at 9:13 PM 0 comments

If one Hollywood sex expert is to be believed, 2009 ought to be a great year for sex as well as the adult industry.

Mike Alvear, host of HBO's show “The Sex Inspectors” has made five predictions about sex in the coming year, and they point toward a bad economy that will force people to find more to do at home due to a bad economy.

“Call it recession sex,” he said. “If you're coupled, you're going to spend more time at home and at some point that TV's got to be turned off. The nesting impulse will increase your resting pulse. That's the good news. The bad? As discretionary income goes down, indiscretions go up. Oops. If you're single, you'll have the time but not the money to fritter away at bars. You won't wait for the last-call yard sale so you'll probably lower the bar to increase your odds.” 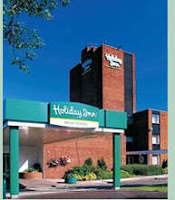 Remember the gay Hotel employee fired for being gay. Well, his colleague who spoke out about it has been fired too. And guess what! He's gay too ...
We told you the other day about hotel employee David Hill allegedly being fired because he was gay by hotel owner Tarun Surti, who obviously isn't too au fait with the whole 'the hotel industry is full of gays' situation.

Another employee, Leonard Stoddard, who worked with Hill at the hotel in the US state of Tennessee spoke out to the media about Hill's apparent homophobic firing the other day.

Turns out Stoddard's gay too. Oh, and Surti just fired him as well.

Surti emailed Stoddard saying, "I am here in the office and shocked to hear what you had said to the media. If it is true that you told media that David was fired because he is gay, you obviously told them a lie. Such behavior is subject to immediate termination and I would like you to restrain (sic) from coming to the hotel."

A protest is planned to take place outside the hotel in Brentwood this Saturday at 9am.
Posted by Paulie at 7:13 PM 0 comments 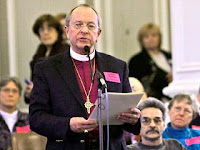 After the controversial invite to anti-gay pastor Rick Warren to speak at President-elect Obama's inauguration, gay bishop gets a nod ...
The world's first openly gay bishop has been invited along to Obama inauguration day celebrations.

The Right Reverend Gene Robinson will offer a prayer at the Lincoln Memorial during next week's opening ceremony.

While the move is likely to make conservative members of the Anglican Church a little peeved, it's likely to go some way in appeasing gay people outraged at Warren's inclusion.

Anglicans worldwide have been grappling with the issue of gay clergy over the past few years, and Robinson's appointment as bishop almost six years ago has been a central issue in the argument threatening to tear the church apart.

Robinson told CNN that while he did not yet know what he was going to say during his prayer, he described the opportunity as "a remarkable and humbling thing to have happened."
Posted by Paulie at 7:08 PM 0 comments