Check out this months hottest studs showing us their new ink on Guys with iPhones website. Like Tats or not, these guys will help make your summer a scorcher. 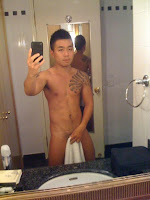 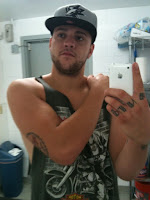 Last weekend former Raging Stallion contract performer, and 2010 Hookies winner "Mr. Chicago" Tommy Defendi stunned fans when he made several in-store appearances as a member of CockyBoys during Montreal Pride. It didn’t take long for the internet to light up with chatter about the Defendi becoming the latest exclusive to sign with the studio.

Chris Ward, President of Raging Stallion said of the news “Tommy Defendi is one of the sexiest men I have ever filmed. Cockyboys has landed a superstar and Tommy is going to shine as bright as ever! Although we miss him here at Raging Stallion, he holds a place in our hearts and he will always be a friend."

CockyBoys’ Benny MoreCock said,“Tommy is 100 percent everything we are looking for in an exclusive performer. He’s an extremely handsome and sexy Midwestern stud with a perfect dick that won’t quit and smile that will melt your heart. He’s the kind of guy you want to hook up with but you ask to stay the night.

“He’s coming off a successful exclusive with Raging Stallion and many opportunities to choose from but we are thrilled and honored he chose CockyBoys,” MoreCock added.

Put Your Ass in tht e"Front Window" with Male Power

Nothing better accentuates the male anatomy than Herringbone, a sleek and sensual line of mini shorts, micro thongs, mustang bikinis and classic jocks. These garments are created with a four-way stretch herringbone crochet that is buttery soft to the touch. They are finished off with the company’s newly designed plush elastic to ensure a perfect fit.They will available for worldwide shipment on Sept. 1.
Posted by Paulie at 4:52 PM 0 comments

“This movie is a sure-fire instant classic gay parody. From the top quality production to the hot sex to the genius concept, To Fuck a Predator shines,” said Jet Set Men casting director Rob Romoni, on location at the JSMBC decoy house.

To Fuck a Predator puts hot straight muscle looking for anonymous online sex with a girl, in hookup chat rooms, where the fetish conversations are all about what these predators are going to do if given the chance. Unbeknownst to them, they are chatting with JSMBC decoy girl Ashley Snow. These meat packing sex predators drive for hours just to meet Ashley at the decoy house in Burbank, California. It’s “boner” paradise when they get a look at Ashley Snow but they have no inkling that JSMBC reporter Chris Jensen, played by Rob Romoni, is about to extinguish their thoughts of getting a hot piece of lady parts. These predators come to realize the only way to get out of the decoy house is to get fucked.

Muscle jock Jimmy Clay gives a sweat-dripping stand out performance with his realistic acting and his first bottoming scene for Jet Set, in which superstar Topher DiMaggio gives him the fuck of his adult career life. The scene is mirrored by bad boy Phenix Saint, who serves his own brand of predator justice on ripped boy Joey Soto, who now knows exactly what it feels like to be a fuck doll and have his legs pinned behind his ears while he takes all that justice. Hottie Riley Price tries to baby up his fetish, but JSMBC reporter Rob Romoni calls out his bullshit story while watching him booze it up from a baby bottle. It’s big red-headed boy Brandon Bangs who puts the breaks on Riley’s get-away, slamming his fat cock down Riley’s wet gullet and putting the baby to bed after a mighty cock-thrusting back-breaking ass-pounding.

James Franco is Making a Documentary About Kink.com 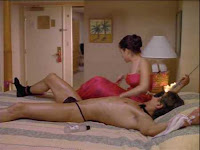 Acworth says about the documentary. "Kink is very excited about the prospect of working with James Franco,' he said. “The details are still being ironed out, but we're very much looking forward to it."
Posted by Paulie at 4:30 PM 0 comments

Following the great success of Blue Dragons 1, 2, 3 and 4, comes this fifth installment. The only all-Japanese non-pixellated (uncensored) gay movie... Shot on location in Japan with all Japanese cast and crew 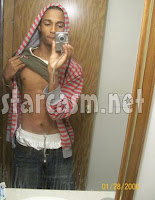 More on the married, anti gay GOP State Representative and the "sugga baby" craigslist hustler he hook up with.