Tim tells BUTT Magazine a number of teachers and students were supportive when rumors that he might be expelled began to circulate. He says some students even regard him as a “role model and an inspiration to others to be more open and tolerant.”

Tim, who identifies as a “gay, college twink” on his blog, filmed his first gay adult film last month. He says the DVD is due out in May.

In perhaps one of the hottest DVD covers "Beg for It" from Buckshot Studios, where Ryan Raz looks innocently up from hung crotch with his beautiful doe eyes... I fell instantly in love (or Lust, I get them confused).

Today on his blog he announced his early retirement. "Over the past few months my attitude towards working in front of the camera has been changing. What was once exciting and thrilling has been changing into something that seems like a chore. I have continued to enjoy my travels and flying all over the world, but working in front of the camera no longer holds the same level of enjoyment that brought me there in the beginning."

"With these feelings in place, I no longer feel that it is in my best interest to continue filming in the adult industry. While I personally feel that I no longer have a desire to do any filming, this does not mean that I wish to completely wash my hands of the industry and will never be heard from again. There are those that wish it was that easy to get rid of me, but to their dismay it is going to take a whole lot more than that. I will continue to travel and stay very actively involved in the industry, those that know me best know that I DO NOT miss a party. I will still be attending and presenting at the Grabby Awards this, and I do hope to take home an award; also I will still be performing at HustlaBall London. Just because I am no longer filming doesn’t mean that I didn’t work my ass off for my nominations; no pun intended. "

"Thanks to everybody who has made everything that I have today possible, and I hope that you continue to enjoy my work."
Posted by Paulie at 5:21 PM 0 comments

CHILLIN' WITH STEVEN DAIGLE from Craig Seymour on Vimeo.

I for one, love Steven Daigle's ass and think it's just right!
Posted by Paulie at 5:16 PM 0 comments 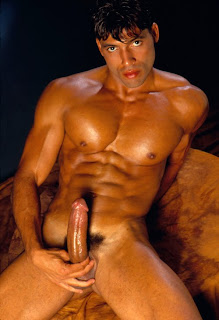 My favorites include "Ready for It," with great scenes of Brad with Scott Wilder and Josh Powell, "Redemption: The Abduction 3" where he played drugged out Prince Dezerad and has a hot scene with Chip Daniels, and "Wild Horses" where Brad's country-tinged fucking of Corey Stevens is a nice cap-off for that uneven Matt Sterling flick. Check 'em out. 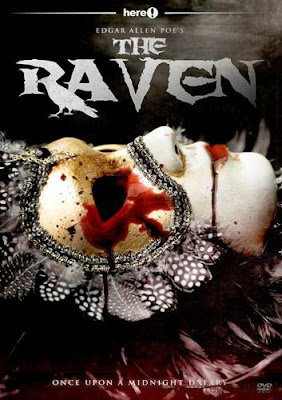 Note: OK guys, so I thought I would try my hands at reviewing a non-porn but still gay-themed movie. So while there are some cute bodies and butts on hand, this is strictly an R-rated (really should be PG-13) affair.

Growing up gay and being a horror-movie fan was a pretty tough gig. If I wanted to see positive portrayals of gay people while I was coming to terms with my sexuality, scary movies were most definitely NOT the place to look for them. Back in the day, if horror films featured gay characters they were usually objects of hostile derision or outright fear. One of my favorite old-school slasher films, Pieces, features a gay character called Professor Brown. The slutty campus co-eds mock him, as he’s well within ear shot, as being a “sugar plum” and “the campus closet queen”. One pot-smoking, waterbed-sex enthusiast humiliates him in a crowded hallway by asking what “pectorals” are (he’s an anatomy professor, you see) as she pushes her tits, high beams flashing, against her tight-white blouse.

Gay men in horror were also dark and tormented souls. Take the psychopathic killer played by a pre-Aliens Michael Biehn who stalks Broadway diva Lauren Bacall in The Fan. The film features a scene that scared the living shit out of me as a young lad and truly made me fear ever having sex with another man. Biehn picks us a trick at a gay bar, brings him home, has the guy blow him on the rooftop, slashes the guy’s throat en flagrante with a straight razor, then dowses his dead body with gasoline and sets him ablaze. Now, years later as an adult, I can see that both films are ridiculous and trashy, not to be taken seriously, and I enjoy them for the not-so-guilty pleasures they have become.

So now, when a horror film comes along that features gay characters AND portrays them in a positive light, I’m at least grateful for the effort (even if I’m not such a huge fan of the film itself). Such is the case with David Decoteau’s extremely loose adaptation of Edgar Allen Poe’s The Raven. Decoteau has created his own sub genre of gay-themed horror movies featuring cute, hairless boys stripping down to their underwear. But unfortunately, all these films usually have to offer are cute young lads stripping down to their skivvies, and that’s about it. With the joke-shop “special effects” on display (the blood literally looks like it came from a Halloween store), it’s easy to see where most of the budget goes: straight to the actor’s underwear. Don’t get me wrong; I’m all for cute guys wearing very little (if any) clothing in films. But when they’re actors straight out of the Copacabana School for the Dramatic Arts, reciting laugh-out-loud dialogue and surrounded by ridiculous plots, it becomes a chore and not a joy to sit through.

Rich boy Roderick (Rick Armando, looking like he got lost on his way to a Chi Chi Larue set) is throwing a masquerade ball for two hundred of his closest friends in celebration of his high-school graduation. Apparently whatever high school he goes to doesn’t let you graduate until your mid-twenties, because these are the oldest looking “teens” in cinema history. The mansion he’s rented for this occasion is conveniently called Ravenwood. Exactly fifty years early, the Whitmore family (original owners of the manse) threw a masquerade ball of their own. They and all of their guests were brutally slaughtered by a raven-masked killer, leaving their young son as the only witness and survivor. Gosh, do you think the same thing could happen there fifty years later? You bet your CIN2U’s it could!

Roderick’s randy friends Ray (Brian Mitchell) and Danny (Andre Velts) arrive at Ravenwood earlier in the day to set up for the night’s festivities. Apparently this heady enterprise involves retrieving exactly four silver candelabras and a single tray of party masks from the trunk of their car, taking them inside, placing them on the table, then quickly heading upstairs so they can (guess what?) strip down to their underwear and roll around in one of the bedrooms. If anyone can tell me how you have sex with your underwear on, I’d love to hear about it. Post coitus, Ray descends downstairs to start setting up. But with his back turned, he can’t see one of the most ridiculously-dressed psycho killers in the history of film (sporting a bulbous, bobblehead-esque raven mask) swoop up from behind and slay him with an elaborate (and admittedly pretty cool) three-pronged, knife-like weapon resembling a raven’s claw. In the only eerie moment in the film, the killer turns on an old record player and plays a scratchy spoken-word recording of Poe’s “The Raven” poem. This freaks the fuck out of Ray, whose been left upstairs to cower in bed. The killer apparently has the superpower of mimicking other people’s voices, and implores Ray in Danny’s voice to unlock the door and let him in. Ray, not quite the brightest bulb, opens the door only to have his throat slashed by the bobblehead from hell.

Roderick, b.f.f. Chandler (a very cute Graeme Richards), fag-hag Helen (Joy Lucelle De Gee), and the practically shirtless duo of Terrance (Justin McGibbon, with a torso that is truly awe inspiring) and Stone (Nicholas Wickstrom) arrive at Ravenwood that evening to find it devoid of guests and the lights not working. What’s more, there’s a blood stain on the carpet (Helen brilliantly states “Well it ain’t strawberry jam!”), and Ray and Danny are nowhere to be found. Whitmore (Colin Sutcliffe) makes an unwelcome appearance, angry that Roderick is using his former home for a party on the fiftieth anniversary of “The Ravenwood Massacre”. As the home was foreclosed years ago there’s not much Whitmore can do, other than giving Roderick a spooky warning about the raven-masked killer who comes out of the moors at night. Thankfully, the elderly Whitmore does not strip down to his underwear.

Even more trouble is on the way in the form of drunken Drake (Traverse Le Goff), an uninvited guest who slashes the tires of the cars parked outside and threatens Roderick with a collapsing joke-store knife (no seriously; it’s actually a collapsing joke-store knife). Drake is about as threatening as an Adam Lambert back-up dancer. Apparently he and Roderick have “history” from their prep school days (paging Bel Ami!), and Drake wants revenge. Making matters worse, Helen and Chandler find all the party invitations shredded to ribbons and Ray and Danny’s bloodied clothing in the nursery upstairs. Soon the underwear models (sorry, I mean the characters) start to fall by the bobblehead’s claw one by one, and I guarantee you’re not going to care. Oh, and if you don’t guess who the killer is in the first ten minutes of the movie, then you’re not paying attention. And if you’re not paying attention, then I can’t say I blame you.

When the only thing a movie has going for it is cute guys stripping down to their drawers and the rest is all plodding filler masquerading as plot, then you’re better off with a tub of Boy Butter and an International Male catalog. Again, I’m happy and grateful that we, as gay men, have the option of watching cheesy gaysploitation movies like this in the first place. But GOD this was a tough one to sit through! So boring, lifeless, and by-the-numbers, it’s the cinema equivalent of watching paint dry. I give director Decoteau props for trying, and a big ol’ bitch slap for making me sit through this damn thing.

Italy's highest court is expected to rule on a gay marriage case this week, Italian media is reporting. The country's Constitutional Court heard an appeal on March 23 from two gay couples who were denied the right to marry. The Court's decision is likely to come out today or tomorrow. Last week, Portugal's own Constitutional Court approved that country's gay marraige bill. 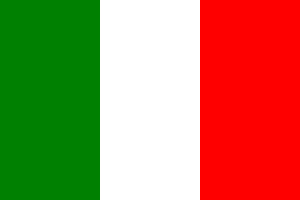 Of course, the Vatican opposes recognition of gay unions. I have visions of Cardinal Tarcisio Bertone's head exploding if this come to pass, given the good Cardinal's recent pronouncements: