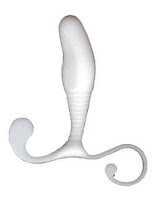 It may look like a a sculpture this Aneros Prostate Stimulator will rock your world. If you don't believe me, check out this guy!

Bud Light will give it to you in the Can

Taking Watersports to a New Level

America's Next Top Model Toccara was the host of the highly criticized award show. Some of the winners are "Best Acting Bottom" Mr. Saukei, "Best Top" Dream and best Studio Flava Works, that's no surprise since it was Flava Works Blatino Awards.
Posted by Paulie at 10:39 PM 0 comments 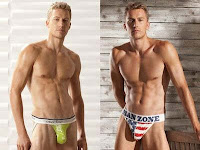 Runner-up from Bravo's Make Me a Supermodel in new model for Undergear and looks hot from front to back.
Posted by Paulie at 12:46 AM 0 comments

You know how much I love the original positions that Diesel Washington check out his new one "The Cannon Ball" with his boy toy model "Jo-Jo". Washington can be seen in the Rascal Video "Taken: To The Lowest Level 2 Disc" 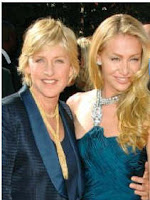 I hope she can replace the drug induced stammering and the incoherent comments that Abdul is famous for.
Posted by Paulie at 12:30 AM 0 comments

28 arrested at in an undercover sex sting. Ed Troyer, sheriff's spokesman says “If we had the manpower, we could have arrested 100. They have created their own trails off the main trail". It looks like the police used Craigslist to set up some of these park flings and I want to know who "They" is.

If you were found just walking on the trails in the , investigators took you name down. “We are documenting people who are watching and peeping in the parks,” Troyer said.

2. Hidden Recycling
Okay, I'm not talking about the "Best of" videos. Like "best of" in music, they can give you an overview of a performer's work. You get to see a performer you're interested without all of the other scenes from the movies you're not interested in. No, I'm talking about studios that release a "new" video with one scene of new material that ties 4 "repurposed" scenes that come from other movies. Looking at the box, is there way to tell? If you notice that the copyright notice has 5 years listed, you know it but that you might miss. I find it sneaky and worthy of my scorn.

3. Bad Quality DVDs
So you buy a rerelease of a classic movie that you remember fondly when it was out on VHS. You put it in the DVD player, and you're transported back, including if you had a lousy VCR. The picture displayed has black bars on the sides and a thin strip of synching on the bottom. If you as a studio are going to rerelease a video, why not minimally clean up the transfer, since your customers are buying this DVD. If you wouldn't release a new DVD with these artifacts, why is it acceptable for rereleases.